Claudia Jessie is a rising British actress who has been actively working in the entertainment field since 2012. The 5 feet 6 inches tall actress stars in the ITV series, Vanity Fair, and portrays the role of Amelia Sedley. In 2021, she witnessed the new phase of fame following her role as Eloise in the hit Netflix series Bridgerton.

Claudia did not reveal her exact birth details, so tabloids are claiming different birth years. Some sources claim that she was born in 1989, whereas some reports her to be born in 1990, making her age 31.

The actress was born in Moseley, Birmingham, the United Kingdom. She later grew up in London and returned to Birmingham at the age of seventeen. She did not reveal the name of her parents; however, her mother worked cleaning houses.

Claudia began her acting career in 2012, portraying the character of Kate Marshall in the medical soap opera, Doctors. The following year, she appeared in series and television movies like House of Anubis, The Paradise, House of Anubis” Touchstone of Ra, and Causality.

Until the date, Claudia has worked in dozens of miniseries and television series like Doctors, Dixi, Bull, Their Finest, Father Brown, Line of Duty, WPC 56, Porters, Lovesick, Detectorists, Vanity Fair, Doctor Who, Bridgerton, Call the Midwife, Josh, Jonathan Strange & Mr. Norrell, among others.

How Much Is Claudia  Jessie’s Net Worth?

Claudia has been working in the Hollywood industry for around eight years and has worked in a dozen movies, television series, and mini-series. 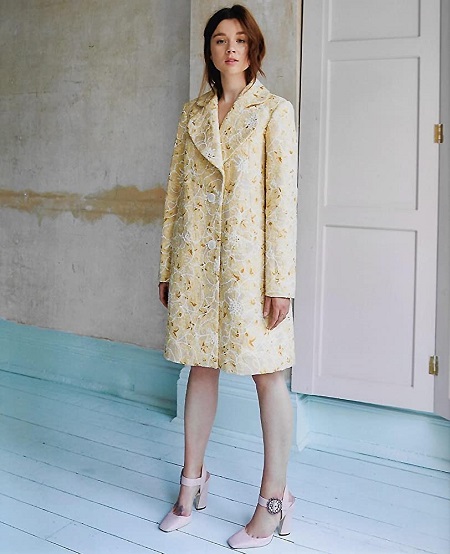 As of 2020, her net worth is estimated to be around $400 thousand, which she collected from her prosperous acting career.

Talking about Claudia’s current relationship status, the beautiful actress is already taken. According to sources like Daily Mail, she is in a relationship. In 2018, Daily Mail reported that Claudia has been dating her boyfriend, Joseph, for four years. Her partner is an engineer.

As of now, Claudia and Joseph have been living together for six years. Do you know that the pair first met while she was on a night out with her mother in a Brum pub?

During one of the interviews, Claudia claimed that she was not focusing on the idea of getting married and having children. As the pair now enjoys a low-key profile, it is not known if they have broken up or still together.

1. Does Claudia Jessie appear in Bridgerton?

Yes, Claudia is part of the hit Netflix series Bridgerton where she portrays the character named Eloise Bridgerton.

2. Is Claudia Jessie a teenager?

Though Jessie is a teenager in Bridgerton, she is actually 31-year-old as of Feb 2021.

3. How tall is Claudia Jessie?

4. Is Claudia dating someone?

As per the Daily Mail, the actress is in a relationship with Joseph who is an engineer. As per the same source, the couple has been dating since 2014.