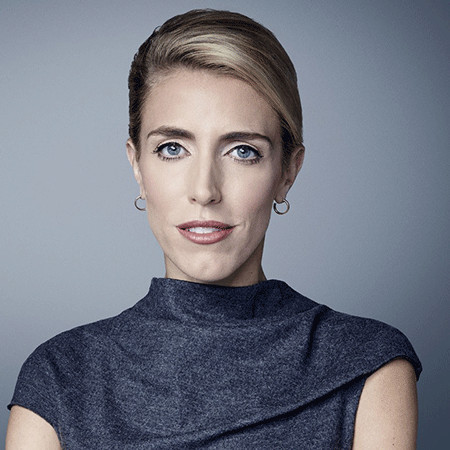 Two times Emmy Award winning American television journalist Clarissa Ward is currently serving as a senior international correspondent for CNN being based in London. She has spent more than a decade reporting from the front lines from across the world. She is a very talented journalist working in CNN. She has been honored with multiple of the awards including George Foster Peabody Award in 2012, Murrow Award, Alfred I. duPont-Columbia Silver Baton and several more along with numerous nominations.

Clarissa Ward is an American citizen. She was born on January 30, 1980. Being born and raised in America, she has completed her education thereby. Since her childhood, Clarissa has been very smart and talented. She was brilliant at her studies and dreamt of being a successful one. Clarissa has chosen not to disclose information on her parents and early life.

Clarissa Ward attended Yale University and was graduated with distinction. She can speak seven different languages including French, Mandarin, Arabic, Italian, Russian, Spanish and English. She has received an Honorary Doctor of Letters from Middlebury College in Vermont in the year 2013.

Clarissa Ward’s professional career started in 2003 at Fox News as an overnight desk a s sistant.  After a year, she got a s signed as an editor based in New York for a year. While at Fox News, she covered several breaking news and hot stories of the world including the capture of Saddam Husain, Indian Ocean Tsunami, and death of Ya s ser Arafat and death Pope John Paul II.  Later since 2006, Clarissa began to work as a field producer for Fox News Channel. As a field producer, she traveled in the Middle East covering the events and stories.

Clarissa moved to ABC News in late 2007 as a news correspondent. She used to report for the station from Moscow for two years and was relocated in Beijing for two years. She covered the 2011 Tohoku earthquake and tsunami in Japan, Russian Presidential elections and many others. Clarissa then moved to CBS News in 2011 as the network’s foreign news correspondent. She used to contribute on network;s show “60 Minutes” and also served as a fill-in anchor on CBS This Morning. She covered the many foreign news stories including Syrian Uprising, US-China negotiations, unrest in Egypt and many other breaking and hot stories.

Clarissa began to serve for CNN since September 2015 and began to report for all CNN’s platforms being based in London. Starting out with CNN, she reported on the Kurdish YPG driving out ISIS in the northern part of Syria. She covered the 2015 terror attack in Paris, Brussels, and Nice. On February 2016, Clarissa traveled undercover to the rebel-held areas in Syria where almost no journalists visited for over a year. Within less than 24 hours, the team of Clarrisa witnessed an airstrike which the team shot exclusively and can be found at CNN.com/Syria.

Blonde beauty Clarissa Ward is a popular name in media journalism. She might have attracted many men and also might have been into several relationships. Her past/present affair is in complete shade. Her current relationship status is not disclosed so it is hard to mention if she is married or divorced or is dating someone currently. Clarissa Ward has always been reluctant to disclose her privacy and never have talked about it to any media and everyone has been respecting her virtue.  There has been no rumors or controversies heard or read on her so far.

Clarissa Ward is reported to receive around $200,000 as her annual salary from CNN. Her exact net worth has not been revealed by any sources by any means whatsoever but looking at her salary scale, it can be believed, her net worth is in millions of dollars.