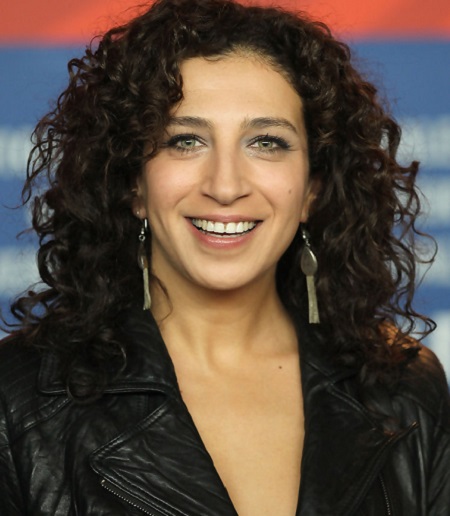 Clara Khoury is a rising Arab Israeli actress who works in theater, television series, and movies. The rising actress is widely known for appearing in The Syrian Bride, Rana’s Wedding, Homeland, Baghdad Central, and so on. She, however, is also famous as award-winning actor Makram Khoury’s daughter.

Her Parents And Biography

Clara was born on 29th December 1976, in Haifa, Israel. She was born to father Makram Khoury, who is an actor who is the youngest artist to win the highest civic honor in Israel. Her nationality is Israeli, whereas she belongs to Palestinian origin.

Who Is Her Husband? Is She Married?

The 43 years old actress is a married woman. The name of her husband is Sean Foley, who is an American with Irish and Egyptian roots.

Well, besides sharing her current relationship status, she did not reveal anything about how they met or when they tied the knot.

It seems like the duo has been married for a long time and has been inseparable since then. She uploads numerous pictures of her husband on her Instagram.

As per her Instagram, she is the mother of two kids.

How Much Is Clara Khoury’s Net Worth?

Clara started her professional career in 1998 and has worked in dozens of projects, including movies, television series, and theater works.

As of 2020, Clara Khoury’s net worth is reported to be around $2 million, whereas her acting career is the main source of income. She also earns hefty from endorsements and commercial deals.

On the other side, her father, Makram Khoury’s net worth is $5 million.

Clara began her acting profession in 1998 and has worked in many movies and television series. Regarding her movie career, she started a movie career in 2002 appearing in the film Rana’s Wedding.

Her notable appearances in the movies include in Lipstikka, The Inheritance, Body of Lies, Dusty Road, The Syrian Bride, Forgiveness, and so on.

Clara has also worked in theaters like Period of Adjustment, Death and the Maiden, Hebron, Khalil, Gilgamesh, Tiger at the Gate, Cruel and Tender, Anigone, Salome, and many others.