Facts of CJ So Cool

Cordero James Brandy is an American YouTube Star and Social Media Personality. He is best known as CJ SO COOL from his roles in popular viral videos, try not to laugh, prank videos, etc. The YouTube sensation is known for his reaction videos who refer to his subscribers as the Wolfpack, as heard in his catchphrase "What's happening Wolfpack?" He created his YouTube channel on December 24, 2014.

He is married to his long-term girlfriend Royalty. The couple has three beautiful children; two of them are daughters. The children are from Royalty's previous relationships.

Early Life Of CJ So Cool

CJ so Cool was born on March 29, 1989, in Gray, Indiana, US. He grew up in Las Vegas with his brother  Anthony “Jinx” Brady. Ethnicity wise he is a black American. As a youngster CJ so Cool took up summer jobs to support his family. Brandy is 6 feet tall and has dark black hair and brown eyes.

CJ so Cool began his career on YouTube. He first created his YouTube account during his school years. Back then, he received hardly 35,000 views and not many subscriptions.

After that, his younger brother helped him by improving the content of his page and increasing the quality of his videos. It helped him rise to stardom in 2014.

CJ also previously worked as a casino crap and poker dealer. Later, CJ began reacting to  ‘Try not to laugh,' ‘Prank videos,' and other comedic videos. 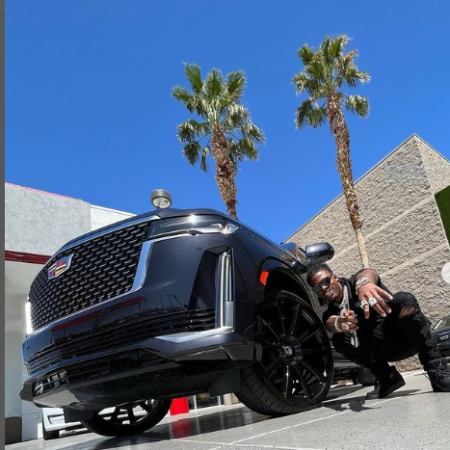 CJ's brother ‘Jinx’ and his girlfriend Royalty,' helped him to reach success. He became a Vlogger with growing popularity and began uploading vlogs weekly.

CJ so Cool came into a lot of controversy with a particular video where he went to a local drug store and bought Laxative to put it into his children’s food and filmed them in pain. He then started to laugh at them while they painfully used the restroom.

This received much judgment from Scare, Drama Alert, Pyrotechnical, and BlastphamouseHD TV for child abuse and poisoning.

CJ So Cool, a YouTube star's net worth is around $6 Million. However, he had $400,000 before some years. He mostly makes his money from YouTube videos. His YouTube channel had earned over 5 million subscribers 5 years back. Before that, he worked as a casino craps, blackjacks, and poker dealer.

The media personality earns a hefty amount as a social media star. He often flaunts his lavish lifestyle on social media platforms. Similarly, he has 5.1 Million followers on his Instagram account and he might earn good money per sponsorship post just like Olivia Ponto.

CJ so Cool is a married man. He is married to his long-term girlfriend, Charlene Johnson aka Royalty. The couple has three beautiful children; two of them are daughters. The children are from Royalty's previous relationships. 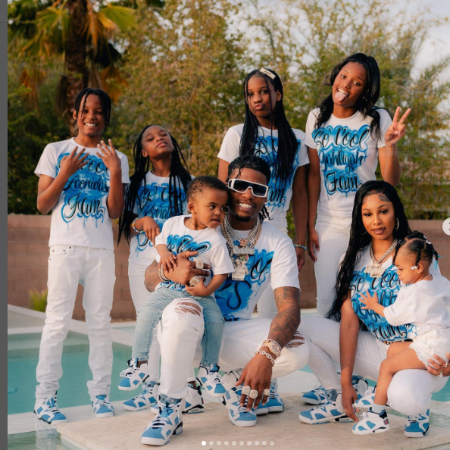 CAPTION: CJ SO Cool with his family SOURCE: Instagram @ cj-socool

CJ was hit with a lot of criticism from other YouTubers for stealing the videos he was reacting to, in 2015.

In 2016, CJ announced on his Twitter that his YouTube got hacked. He later wrote on his page that ‘' this was not the first time he was hacked, stating that his bank account was also hacked’'