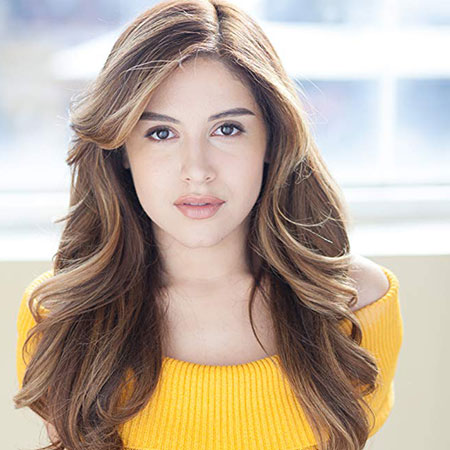 Cinthya Carmona is an American actress who has appeared in the movies and television series like East Los High as Brandie, Rush Hour as Dakota, and in Private Space as Rebecca. She, however, is most notable for her role Sophie Cardona in the tween drama television series Greenhouse Academy.

Cinthya Carmona was born on 27th December 1990 in Venezuela under the birth sign Capricorn. She holds Venezuelan nationality and belongs to White ethnicity. She studied acting from the Speiser/ Sturges Acting Studio which is located in Los Angeles.

Talking about her career, she made acting debut from the 2009 TV series, El Vacilon. Then, Carmona has appeared in an episode of 2012 Action, crime, drama, True Justice as Lupe. The same year, she was cast in two short dramas, Super 35 as Sloane Peterson, and Success Driven as The Fan.

In 2017, Carmona finally got a leading role Sophie Cardona in tween drama television series, Greenhouse Academy, where she worked for two years. She was cast along with Ariel Mortman, Ishai Golan, Nadine Ellis, and others.

As of 2019, she is busy on her upcoming projects such as Skin in the Game, The Tax Collector, The Great Illusion, and Repeater.

The American actress earns a lucrative salary from her acting career. As per some sources, Carmona has ama s sed a net worth in $million, however, details regarding the exact income are yet to be revealed.

Further, she is the part of several TV series and makes goa od fortune. According to the sources, the average salary of an American actress starts from $19k to $220k.

Cinthya Carmona is not married and also not dating anyone. She doesn't really share the information regarding her personal Life (husband or a boyfriend) with the public.

With the limited information, as of 2019, we can a s sume her to be single.