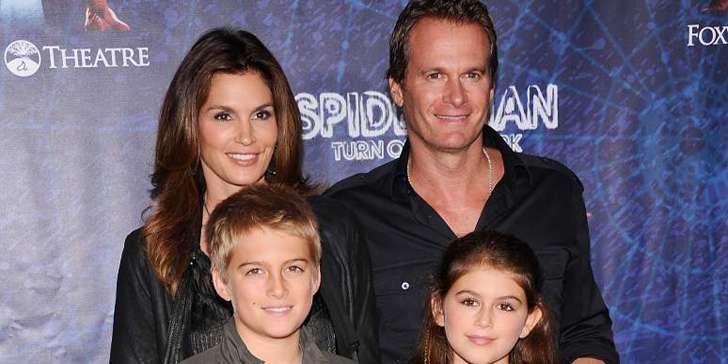 Model Cindy Crawford and her husband, Rande Gerber might just be the coolest parents ever. Coachella recently became a family affair for the Crawford-Gerber bunch. Cindy Crawford and her gorgeous family headed out to the desert to enjoy the first weekend of the 2016 Coachella Valley Music and Arts Festival in Indio, California. Rande Gerber, husband of the supermodel shared a video clip where their 14-year-old daughter, Kaia Gerber was seen coming out of the event. The family kicked off day one in style.

Cindy,50 posted a photo of herself looking fabulous in her Boho look with Rande. She later again posted a photo together with her husband while enjoying Guns N' Roses performance. Meanwhile, the couple's teen son Presley Gerber was also on hand for the rock band's set. Attached to a photo of the group performing on stage, he penned, "Only reason I came to Coachella!" Cindy did not stop her Coachella posts from flowing. Her daughter was also seen hanging out with Kendall Jenner, and her mother previously told the media that her daughter loves Kendall.

Her daughter who is just 14 years old is already landing modelling gigs, but however, mother Crawford says she doesn't want to pressurize her children into anything and let them do what makes them happy. She says she wants to protect her daughter's youth and let her do what a 14-year-old usually does besides chasing money and fame but is ready to support and guide her children whenever they need her help. How cool of a mother she makes? Cindy married former model Rande Gerber on May 29, 1998, in a private wedding. She was first with Richard Gere, the american actor.

Cindy has an estimated net worth of $100 million making her one of the highest-paid supermodels in the world. Her relation with her husband has been a strong one that has lasted for 18 long years. She says she is happily married and living a blissful family life.