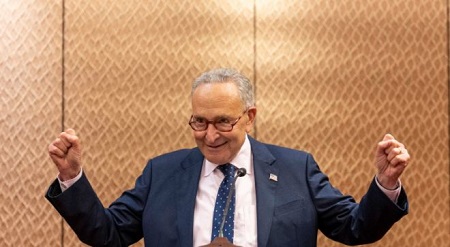 Chuck Schumer is an American Politician serving as a Senate Majority Leader since January 20, 2021. Schumer represents Democratic Party and has been the Senior United States Senator, from Newyork since 1999.

Chuck Schumer was born in Midwood, Brooklyn, United States Of America, on November 23, 1950, to Selma and Abraham Schumer. Schumer's father ran a business, and his mother was a housemaker. He belongs to a Jewish Family.

He did his schooling in public schools in Brooklyn and graduated from James Madison High School in 1967. Later, after graduating and Phi Beta Kappa in 1971 from Harvard College, he attended the Havard Law School and earned his Juris Doctor with honors in 1974. However, he never practiced Law; instead, he chose a career in politics.

What Is Chuck Schumer Most Known For?

Chuck Schumer was elected to the New York State Assembly in 1974. He was 24 years old and became the youngest assembly member since Theodore Roosevelt. Later, from 1981 to 1999, he successfully ran for the U.S. House of Representatives.

During that time, Chuck introduced the Brady Handgun Violence Prevention Act (1993) which led to mandatory background checks on handguns sales and banned the private ownership of Assault weapons. Also, he introduced the Violence Against Women Act in (1994) 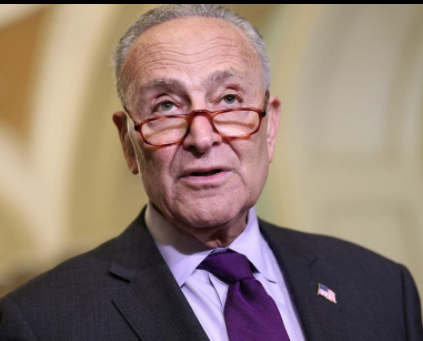 Elected to the U.S. Senate

Furthermore, the 70-year-old was elected to the U.S. Senate by defeating Republican Alfonse D'Amato with a 55 percent vote in 1998. Schumer was the leading sponsor of Same-sex marriage and abortion rights.

During his time in Senate, his priority was to improve Newyork's economy. Schumer eliminated the barriers that delay cheap generic medications from getting into the marketplace and was a vocal supporter of making college tuition tax-deductible.

Later, In 2004 Schumer won re-election against Howard Mills by 2.8 million votes, with 71 percent of the vote. In fact, he won every election in County except Hamilton County in the Adirondacks, which consisted of the most Republican county.

Did you know? Popular actress Amy Schumer is his second cousin.

The U.S. Senate Chuck Schumer owns an estimated net worth of $900 Thousand. The significant source of his income is his political career.

According to some sources, an average salary of an American Majority senate earns a handful amount of $193,400.

Schumer and his wife, Iris Weinshall, exchanged their wedding vows on September 21, 1980. The ceremony took place at Windows on the World at the top of the World Trade Centre.

The couple is blessed with two children. Jessica Schumer is the older daughter who has served as chief of staff and general counsel at the Council of Economic Advisers. 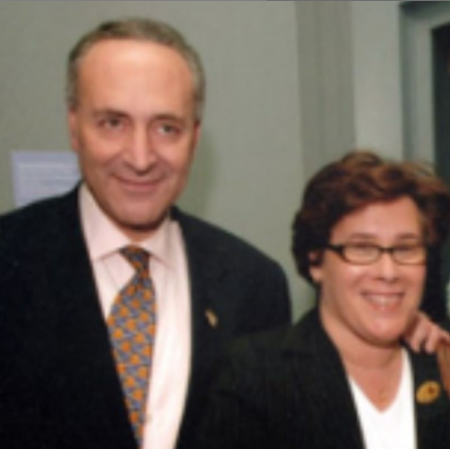 Similarly, Alison Schumer is the younger daughter who works at Facebook and is the marketing manager in the New York office.