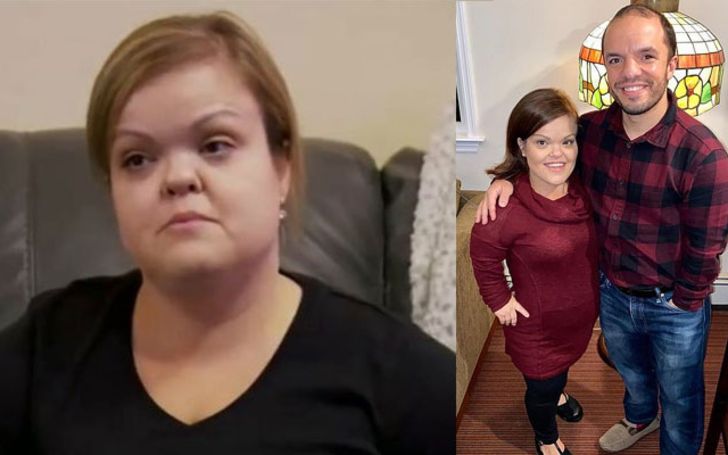 The Little Women: L.A. star, 42, to share the death news of her daughter to Us Weekly on Monday, March 23.

In a statement to the outlet, she said, "It is with our deepest sorrow that we send our baby girl Violet Eva Carazo to play with the angels."

In their statement, the couple also asked their fans to respect their privacy during "this difficult time."

McGinity and Justo Carazo announced in September that they were expecting their first child, a baby girl, together, by sharing a photo of him kissing her baby bump on Instagram

The couple welcomed their baby on March 6, seven weeks before her due date. The baby was born weighing 3 lbs. 15 oz. and measuring 15 inches long.

McGinity took to Instagram on March 10 to announce the arrival of Violet Eva. Alongside a photo of the new parents with the newborn baby, she wrote at the time,

Our sweet Violet Eva has arrived. Your thoughts and prayers are appreciated.

Our sweet Violet Eva has arrived. Your thoughts and prayers are appreciated. Link to story in bio.

McGinity shares two children, son Trenton and daughter Autumn, with her first husband whose name has not been disclosed.

She was also previously married to Todd Gibel from 2014 to 2019. Their divorce was finalized just a month before welcoming Violet.

McGinity and Carazo, who were friends for years, started dating in 2019.