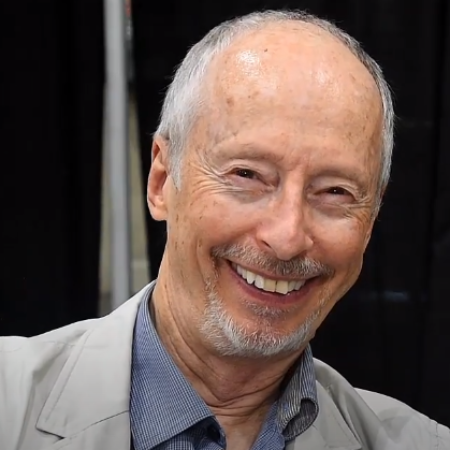 Christopher Britton is a Canadian actor and voice artist well known for his voiceover of Mister Sinister in the animated TV series X-Men: The Animated Series. He also did the voiceover of Soichiro Yagami in the English dub of the anime Death Note. Moreover, the actor is notable for appearing in TV series like Riverdale, Da Vinci's Inquest, and the film Nightwatching.

Christopher Britton was born in 1960 in Toronto, Ontario, Canada. He holds Canadian nationality. He is 61 years old as of writing this article.

Talking about his education, he attended York University, where he earned a bachelor's of arts degree in theatre. He stands at the height of 6 feet (1.83 meters).

Acting Career: Debuted From 'The Brood'

Christopher Britton first appeared in the psychological body horror film The Brood in 1979. He since appeared in several films and television such as Scanners, Ticket to Heaven, and The Great Detective.

From 1993-1997, he gained fame for his voiceover of Mister Sinister in the animated TV series X-Men: The Animated Series.

He acted in the feature film Judgment in 2001. Some of his other films and TV series include The Final Cut, Godsend, Silver Surfer, and Mutant X.

Britton was cast as Richard Norton in the dramatic television series Da Vinci's Inquest from 2004-2005. He did the voiceover of Soichiro Yagami in the English dub of the anime Death Note from 2007- 2008.

Later, the voice actor starred as Rombout Kemp in the film Nightwatching in 2007. From 2011-2012, the actor worked as a voice artist of Doctor Doom in the animated series Iron Man: Armored Adventures.

He also appeared in the teen drama series Riverdale from 2017 until 2018. Similarly, he did the voiceover in the animated My Little Pony: Friendship Is Magic from 2017 to 2019.

The 61-year-old actor has earned a decent amount of assets from his professional career. He is believed to have an estimated net worth of $400 thousand as of June 2021.

Since 1979, he has appeared in more than 80 TV series and films, including X-Men: The Animated Series, Death Note, Riverdale, The Romeo Section, Silent Hill, and Nightwatching.

Tied The Knot With Gwynyth Walsh

Riverdale actor is currently married to Gwynyth Walsh, an actress known for her popular character B'Etor, one of the Duras sisters, in the science fiction media franchise Star Trek. The two dated for a few years before tying the knot in 2006. 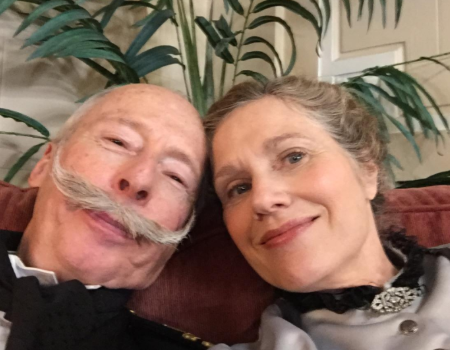 Prior to Gwynyth, Britton was married to film director Claudette Jaiko, with whom he shares a daughter named c. They were married in 1980 and divorced in 1986.