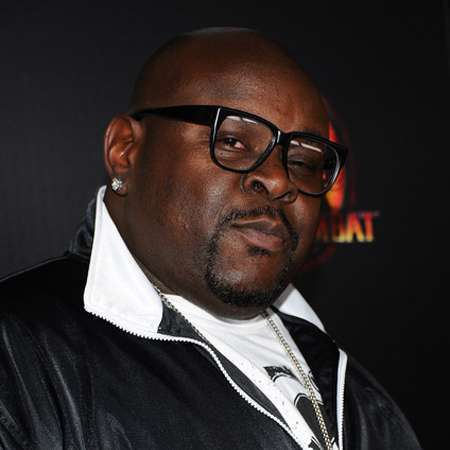 Christopher Boykin's birth name was Christopher "Big Black" Boykin. He was born on January 13, 1972 in Raleigh, North Carolina, United States of America. He was born from America parents and was very supportive to his childhood dreams to be a musician. He was raised in his native land, North Carolina. His nationality is American. His zodiac sign is Capricorn. He belongs to Afro- American ethnicity. There is no updated information about Christopher's siblings and parents.

Christopher Boykin is a former US Navy. He was also hired to be a bodyguard of Dyrdek in order to protect him. In 2004 he got a chance to be appeared in The DC Video: Deluxe Edition DVD.

Christophe and Dyrdek started on the reality television series Rob & Big on MTV from November 2006 to April 2008. The show `great hit and was one of the popular shows of that time.

He also made his appearance in skateboarding video games Skate, and Skate 2. During his initial episodes of his show in MTV, they were featured doing work on the first game at the game developer. Later the series ended after Boykin left due to some family matters. He made his comeback appearance in Dyrdek's show Rob Dyrdek's Fantasy Factory. He has also made his presence in other shows like MTV Snack Off and MTV Guy Code.

In 2007, Boykin created his own clothing company called Big Black, which was later relaunched in 2010 with his Personal Manager. Beginning his career from low profile job he has done very hard work to be where he is currently standing. His parents might be proud what he has achieved.

Being a former US Navy he was very smart and hard working. He had gone through many ups and down in his life. Christopher Boykin had set two Guinness world records. He had made a record for peeling and eating three bananas in 1 minute. He also made a world record for eating 5 donuts in the time frame less than 3 minutes the exact time he took was 2min. 45 sec.

Christopher dated for a long time with his girlfriend Shannon Boykin before marriage. They married in 2008 in a personal arrangement. Many celebrities and his friends attended his marriage ceremony which held in private place where fewer media interacting was held. Talking about his children he has a daughter named Isis Rea Boykin born on February 15, 2008. He had always been a caring father and loving husband, he quit his TV show Rob and Big in order to be with his family. He had no plan of divorce he was having a wonderful time with his family.

Christopher Boykin was a huge black guy with giant figure and height which measures 6 feet and 6 inches. He had black hair and dark brown eyes. He had maintained a net worth of about $3 million dollars.