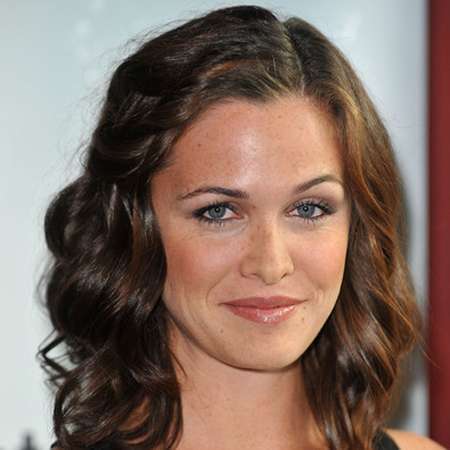 Christine Elizabeth Woods is an actress of American nationality known for the portrayal in television shows like Hello Ladies, The Walking Dead, FlashForward and many more. She was born on the 3rd of September, 1983.

Born in Lake Forest, California, this pretty beauty was interested in the field of acting since a very small age. For her high school, she attended the "El Toro High School." Later, she chose to study musical theater at the University of Arizona after which she started appearing in small roles in television. One of her very first roles has to be her portrayal of a guest character, Valerie Nelson on CSI: Miami in 2005.

2006 saw her appear as Christine on The Game and she appeared as a waitress on How I Met Your Mother in 2007. She worked alongside Josh Radnor, Cobie Smulders, Jason Segel and many more in the hit American sitcom HIMYM.

She portrayed Claire on two episodes of Welcome to the Captain and also made an appearance as Lou on Fox Broadcasting Series House where Hugh Laurie, Jennifer Morrison, Olivia Wilde were her co-stars. Cold Case featured her as Ca s sie Michaels and she appeared as Rebecca Jennings NCIS. She then appeared in television show In Plain Sight before landing a role of Janis Hawk on FlashForward from 2009 to 2010. She then appeared on Perfect Couples, The Closer, Castle, How to be a Gentleman, Go On etc. She appeared on 8 episodes of Hello Ladies as Jessica Vanderhoff.

The highly rated AMC thriller The Walking Dead gave her a recurring role on three episodes in Season five as Dawn Lerner which had a major effect on the storyline. As of now, she has recurring roles as Ashley Unger in The Odd Couple and as Diane in Comedy Bang! Bang!. Her film credits include acting as Ericka in The Haunting of Marsten Manor, as Abby in Mike Birbiglia's Secret Public Journal, as Marie in The Madness of Jane, as Traci in Sweeney and the Shmiel, as Kare Bear in Franky and the Ant and as Jessica in Hello Ladies: The Movie.

Apart from her acting credits, Woods seems to live a very secretive life. Nothing is known about her past as well as present dating history. She does not have a boyfriend as of now and isn’t rumored to be involved in an affair with anybody.

This successful actress has a net worth of a whopping $2 million and she earns an estimated salary of $200 thousand per year. She has a height of 5 feet and 6 inches and an incredible body which makes her looks attractive on screen. She weighs around 55 kg 121 pounds. She has also maintained a good body measurement which measures 34-26-33 inches.