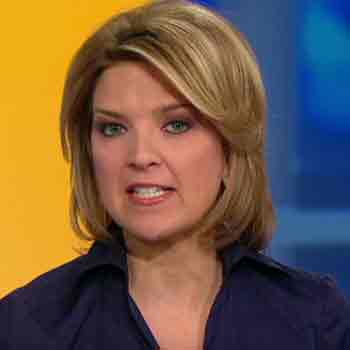 Born on 1971 January 31at Le Claire of Iowa, Christine Romans is the name of a CNN correspondent, Anchor and also an author for the Network. She is the chief Business Correspondent of CNN and is the host of the weekend business TV show called “Your Money.” She is the co-anchor of the program called “Early Start” with John Berman in the CNN. In addition to these, her responsibilities in the network are to report on the economy, politics and international business for the CNN’s morning shows. She is also known as CNN’s explainer-in-chief of all the activities including the money, translating the complicated international finance to kitchen table economics. She has written two books titled: How to Speak Money (Wiley 2011) and Smart is the New Rich (Wiley 2010).

Talking more of the works of Christine Romans, her coverage are focused on the latest breaking issues that directly and indirectly affects the economic status of the Americans and their money. For the talks of President Barack Obama, CNN reports that they had relied on the perspective and instant analysis of his talks on Christine. She is known for her “Roman Numeral “segment where she brings forth the economic issues and makes them understand by her viewers. She has brought for the reports on other issues like the bank crisis, the AIG bailout, intricacies of the business markets and the economic stimulus that affects the pocket of every Americans. She has brought forth the award winning reporting in the business reporting.

Christine Romans had worked for Moneyline and Lou Dobbs Tonight before joining CNN Business News in 1999. She had covered the news and reports on several issues like immigration, substance abuse, homeland security, etc before joining the CNN.  She had reported on the “Living Dangerously” illustrating the risks and precautions of merely 30% of Americans living in the Atlantic-coast that is prone to hurricane. She also had reported on the hospitals emphasizing on the spread of the infections in the hospital and its preventions and also on numerous corporate scams reporting the corruption from the viewpoint of the investor.

Christine had spent several years reporting on the New York Stock Exchange. Prior to joining at CNN, she had reported for Reuters and Knight Ridder Financial News. She has anchored the CNN’s Street Sweep which was focused in the market boom in the late 1990s to the economy uphill after September 11 attack. She has also covered for the first democratic election in Iraq from the CNN Network. She had contributed in CNN’s award winning coverage of Hurricane Rita in 2005. She had received Emmy Award for her work in “Exporting America” that was focused on an investigation on the impact of globalization to the US workers. She has been honored by the National Foundation for Women Legislators with the media excellence award and Greenlee School of Journalism with the 2009 James W.Schwartz Award. Her work also contributed CNN to win the George Foster Peabody Award for the coverage on Hurricane Katrina and Alfred I. DuPont Award for the tsunami disaster.

Christine Romans had graduated from Iowa State University in 1993. She has majored in French and Journalism and has been the exchange student in France. She just looks like Emily Osment, which is called as her trademark. Talking about her personal life, she is a married woman. She is married to Ed Tobin, who works as a reporter for Reuters. Having the similar profession, they are very supportive to each other and are very understanding. The couple is blessed with three children. Her third child was born in July 11 2010 named Edward Arthur Tobin. She is living a very happy and joyful life with her children and husband, thus there is no signs of her divorce in near future.

Talking more on Christine, she is beautiful lady with charming personality. She stands the beautiful height of five feet and seven inches. She has a pretty and smiley face that draws the attention of her viewers. She is very camera friendly and looks stunning in the pictures. She has maintained her body and has curvaceous body shape. She looks absolutely gorgeous in any outfits she wears. She has a pair of hot and sexy legs that has added charm on her beauty. Even though she is at her forties, but she still looks younger and is a diva. She looks cool in bikini having the boobs size 36 inches. She has lots of admirers and fans followings. Her fans can know more on her going through different internet sites and following her on her twitter account.