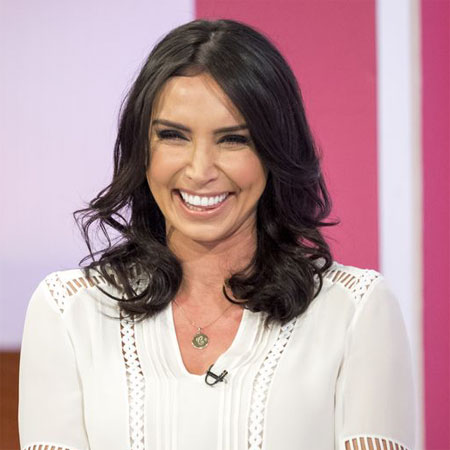 Christine Lampard is a journalist and TV personality who previously worked for BBC. Currently, she served as a host for the ITV lunchtime chat show, Loose Women.

Lampard is also known for her work at the shows like; The One Show, Daybreak, Phillip Schofield, Dancing on Ice. She is happily married to footballer, Frank Lampard in 2015 and enjoying her blissful married life.

Christine Lampard was born as Christine Louise Bleakley on February 2, 1979, in Northern Ireland to Mina and Frederick Bleakley. Regarding her nationality, she is an American & belongs to the Caucasian ethnicity. She was raised along with his sister, Nicola in Newtownards.

Lampard began her career as a radio presenter; she used to work for Belfast CityBeat as a newsreader. She also lent her voice to the 1998 film, Divorcing Jack. BBC Christine started her TV career in 2004 with BBC Northern Ireland show, Sky High.

Lampard also hosted the cookery show, Spills the Beans in 2005. Later she presented the BBC Two's program, Let Me Entertain You and Britain's Classroom Heroes.

In 2010 Lampard left the BBC and moved to ITV. However, in September 2016, she returned to the channel to co-present Christine and Adrian's Friendship Test, and she also hosts the three-part series on BBC Northern Ireland in November 2017.

Her contribution towards television awarded her with 'Top TV Host' at the 2010 Cosmopolitan Ultimate Women of the Year Awards. Just after her separation with BBC, she joined the ITV on September 6, 2010, and hosted the ITV Breakfast's Daybreak.

Lampard has hosted several shows like; Duran Duran: One Night Only, Michael Flatley: A Night to Remember, Off The Beaten Track, This Morning, Wild Ireland and many others. Other than that, Lampard is also known as the stand-up comedian as she made her debut with Channel 4's Comedy Gala in 2010. She also set up Entertainment Limited in 2009 and served as director of the company.

Christine was a brand ambassador of Soft & Gentle antiperspirant and Sainsbury's Active Kids. Currently, she is announced as a new ambassador for BT Call Protect, a social organization. In 2010, she did a voice over in the film, A Turtle's Tale: Sammy's Adventures.

In 2016, she hosts the UK TV show, Celebrity Haunted Hotel Live along with Matt Richardson and Jamie East. Lampard made her dancing debut in 2008 with the sixth series of Strictly Come Dancing where she landed with the fifth position.

Christine Lampard, 38, is married to Frank Lampard, an English former footballer, and author.The duo exchanged vows at Knightsbridge, London on 20 December 2015 and after marriage, she took her husband surname.

The pair first met in 2009 during the Pride of Britain Awards and eventually fell in love. Frank has two daughters; Luna & Isla from his previous marriage who lived with them in London.

Priorly, Christine dated Belfast Giants star, Curtis Bowen but due to some personal differences, they broke up in 2003. Later she was involved romantically with Dublin restaurant owner, Christian Stokes & also got engaged in 2004.

However, same as her previous relationship this also could not sustain long. She also had an affair with entrepreneur, Mark Beirne which lasted for three years before they split in January 2009.

Lampard is one of the highest paid TV personality, she has earned a very impressive sum from her career, but due to her secretive nature, she hasn't revealed the exact figure. However, it is assumed to be in millions of dollars.