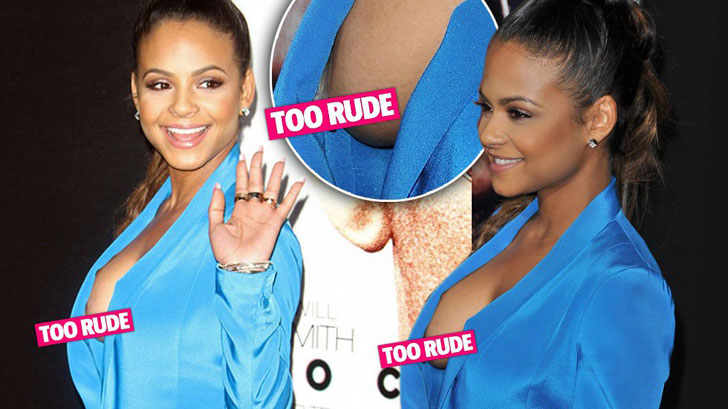 Oops! singer and Actress Christina Milian suffered an embarrassing moment of a wardrobe malfunction at the beach in Miami on Saturday (22 July).

The 35-year-old diva's skimpy maroon-colored bikini slipped low as she emerged from the water, revealed a hint of her left nipple. She tried to cover her boobs with both of her hands as it tried to peek the beach through her skimpy outfit.

The Grandfathered star, dressed in a maroon-colored bikini with a mesh top, appeared happy and relaxed in a skimpy bikini at the beach during the weekend where she was accompanied by a group of her friends.

Milian has been enjoying her holiday in Miami for last few days where she was spotted with her new male pal on Friday. Some online sources are speculating the man as her new boyfriend, however, officials haven't opened their mouth on the topic.

Christina Milian with her new pal at Miami Beach

Christina was previously married to rapper The Dream and also has a daughter Violet Madison Nash with him.