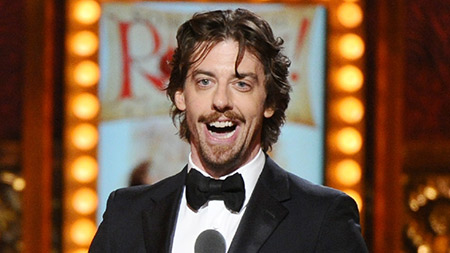 Christian Borle has established himself as one of the leading faces in the acting world. He first came in the limelight after his role in the play Peter and the Starcatcher, for which, the actor also won his first Tony Award. He is also known for his work in Something Rotten!, Smash, and Falsettos as well.

Christian Borle was born on October 1, 1973, in Pittsburgh, Pennsylvania, the United States of America to Andre Bernard Borle. His father Andre Bernard was a physiology professor at the University of Pittsburgh. Christian Borle dreamed of becoming a comic book artist in his childhood. But it was only when he auditioned for a school's play during his soph 0re year his interest in acting emerged.

Borle graduated from the School of Drama at Carnegie Mellon University in 1995. Just after his graduation, the actor made his way to NYC and landed his first acting job.

Christian Borle made his silver screen debut in the movie Stonewall in 1995. His first TV role came in the TV series Ghost Stories in 1998. Borle rose to prominence after his significant role in the play Peter and the Starcatcher in 2009. From 2012 to 2013, he was cast in the TV series Shams along with Debra Messing, Jack Davenport, Megan Hilty, and Katharine McPhee. 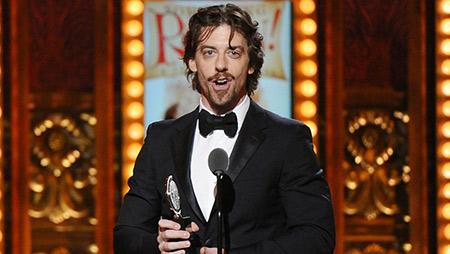 Subsequently, the actor landed roles in dozens of movies and TV series like Sweeney Todd: The Demon Barber of Fleet Street: Live from Lincoln Center, Rapunzel's Tangled Adventure, and many others. In 2019, Borle appeared in The Who's Tommy and Footloose.

Christian Borle's Net Worth And Earnings

According to celebrity net worth, Christian Borle has an estimated net worth of around $3 million in 2019. He has collected such a considerable amount of money from her prolific acting career.

Talking about his properties, the 45-year-old actor has a house in New York which worth may be in $million. Besides, he has been part of some big hits like 2010 movie The Bounty Hunter which grossed over $136 million worldwide.

Christian Borle is not married currently and not known to be in a relationship with anyone. Previously, he was married to Sutton Foster. The ex-lovebirds tied the knot on September 12, 2006, after years of relationship. The couple met for the first time while they were at college. They started dating since their college life, and after a few years of courtship, they got engaged in 2006, just a few months before their marriage. 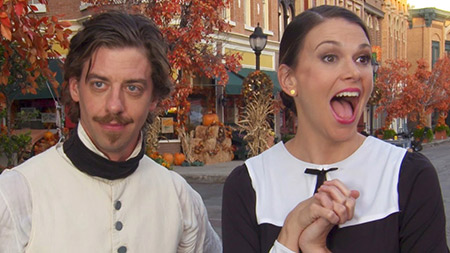 A few years after his divorce from his wife Foster, he started dating actress Jenn Colella in 2014. They remained together for a year before parting their ways.

His ex-wife Foster is currently married to screenwriter Ted Griffin and has a daughter named Emily Dale Griffin (born: March 5, 2017) with him. Foster is a successful actress and has also forged a splendid singing and dancing career.