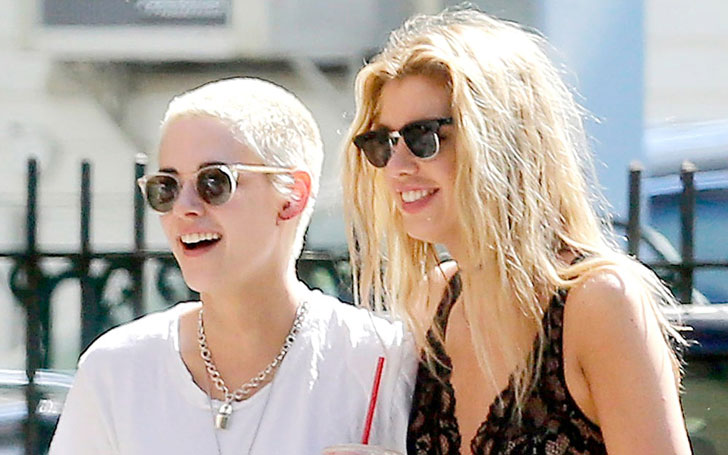 It seems wedding crash is hitting celebrities' mind these days as one more celebrity couple has crashed a wedding this July and the couple is none other than Actress Kristen Stewart and girlfriend Stella Maxwell in Winnipeg, Canada over the weekend on Saturday.

The lovely couple joined the wedding of Kristen and Kayleigh Jennings at Pizzeria Gusto after the establishment manager asked the newlywed couple if Stella and Stewart could join them.

The owner came up to me, and said,

Hey, is it OK if Kristen Stewart and her girlfriend Stella Maxwell come and have a few drinks with you guys?'

The newlywed couple showed their approval, however, Kayleigh put a condition forward saying,

We got to be formally introduced before they came in and partied with us.

As per some online sources, Stewart has been shooting JT Leroy in the city for a while and she apparently became friendly with the pizzeria's management who helped them enter the party in the weekend.

Kristen Stewart and her girlfriend Stella Maxwell enjoying their date

Kristen Stewart, who was in a long term relationship with Robert Pattison, started dating her current girlfriend Stella Maxwell in fall 2016 and going well, perhaps getting married soon.