Chris Martin sees his parents together on his 10th birthday 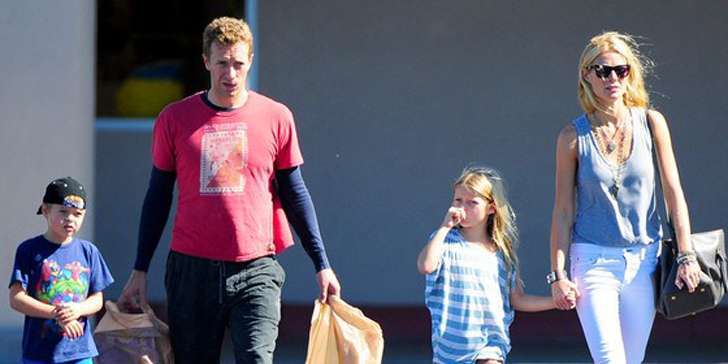 Christopher Anthony John Martin was born 2nd of March 1977. He is an English singer, songwriter and musician. He is most popularly known as the lead vocalist, pianist and co-founder of the British rock band Coldplay. Chris Martin dated actress Gweneyth Paltrow and married in 2003. They have two children together. Their first daughter Apple Blythe Alison Martin was born in May 2004 in London. Martin and his band released a song on the occasion of his daughter's birth. "I am your baby's daddy". The band's song "Speed of Sound" was also inspired by Martin's experience and happiness at becoming a father.

Their second child, Moses Bruce Anthony Martin, was born in April 2006 in New York City. Moses's name was inspired by a song, "Moses", that Martin actually wrote for Paltrow while dating. The couple ended their marriage and is now officially separated with "conscious separation". Martin was a vegan before getting divorced but has now gone back to being non vegan again.

He has confessed to have suffered post the divorce. But we have to agree that no one does divorce as well as Gwyneth Paltrow and Chris Martin. The thing is that their son, Moses recently turned 10. And Paltrow kicked it backstage at Martin's concert in Peru all to celebrate their son's 10th birthday together. Gwyneth also posted video on her social media of Chris surprising Moses by bringing him onstage during a Coldplay concert in Lima on Tuesday night. Chris also invited their daughter Apple with some of her friends on stage. It was quite a sight to watch. However Paltrow stayed away from the entire spotlight. Isn’t it so good to come together for their son's happiness? Well the media is quite praising the attitude of the divorced couple as they have been taking it smoothly far enough. They are also labeled one of the most civil divorced couples. Civil or not, but their gesture has been appreciated well. Of course it would be after all it’s their kid's birthday. The video that Paltrow posted went viral and is now found at YouTube too.