It's All Good star Gwyneth Paltrow's ex-husband, Chris Martin, and her rumored fiance Brad Falchuk reportedly spotted hanging out together. The star herself shared a photo of Martin and Falchuk hanging out on her social media.

The 45-year old actress captioned the snap where Martin and Falchuk were sitting together as "Sunday brunch #modernfamily.''

Chris Martin and Brad Falchuk hanging out on Sunday

Though Paltrow's engagement to Falchuk is yet be confirmed, they have been considered as an engaged couple. Moreover, ET has reported that Falchuk popped the question around a year ago.

Gwyneth returned to her Instagram for the first time since her rumored engagement to share a picture of her ex-husband Martin and her husband-to-be Brad at breakfast.

Gwyneth and Martin have a quite amicable relationship throughout the years, and despite their divorce, they have been nicely co-parenting their two children; Apple, 13, and son Moses, 11. The couple recently went on a holiday together and held parties for their kids, according to Daily Mail. 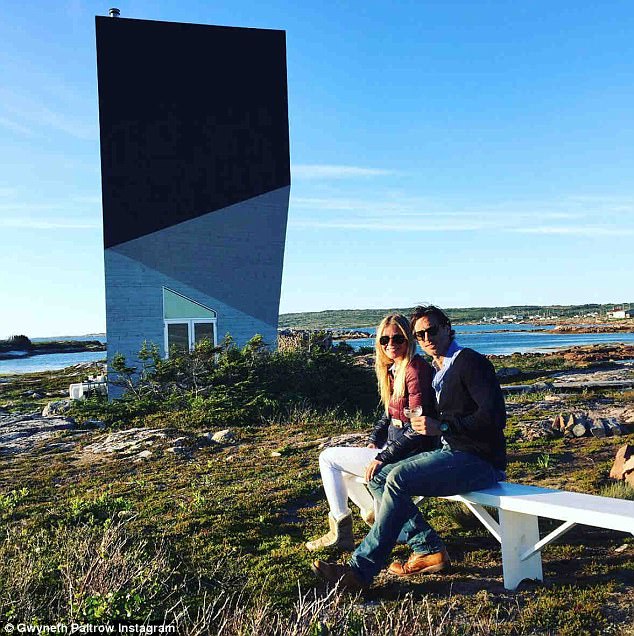 Paltrow reportedly started seeing her fiance Brad Falchuk in 2014, after her split with husband Martin. However, the couple kept their relationship secret until September 2015. Falchuk, 46, on the other hand, has two children, Brody and Isabella, from his marriage to Suzanne Bukinik.