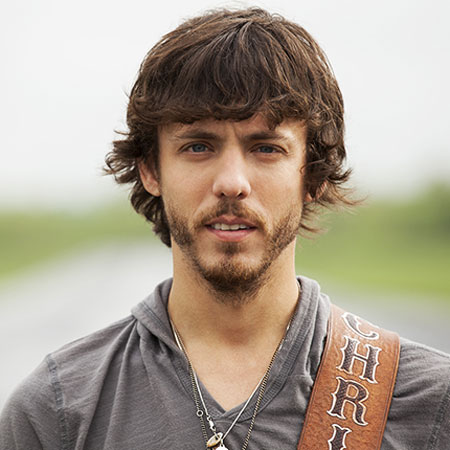 Chris Janson is an American singer and songwriter. He rose to fame after his hit single, Buy Me a Boat in 2015 which was also listed at No. 33 on Hot Country Songs.

Till date, he has released several singles and penned songs like I Hold On, A Love I Think Will Last, Truck  Yeah and few others.

Chris Janson was born on 2 April 1986 in Perryville, Missouri, US. He is the son of Pierre Janson and Carrie (Bowling) Janson. Jonson holds American nationality and is of White American ethnicity. Chris was fond of music and singing from his early age.

Chris Janson started his musical career in June 2009. At the time, he penned two songs I Hold On and A Love I Think Will Last with Holly Williams for her album, Here with Me. In the same year, Janson signed a contract with  BNA Records and his first single, Til a Woman Comes Along was released in 2010.

Later, Janson co-wrote several songs including Tim McGraw's single, Truck Yeah and Justin Moore's Off the Beaten Path. Then in the year 2013, Janson released his another single, Better I Don't, under Bigger Picture Music Group.

Back to back, he released several singles like Cut Me Some Slack, Til a Woman Comes Along and Buy Me a Boat. Janson released his debut album, Buy Me a Boat, in October 2015 and his second album, Everybody, was released in September 2017.

Chris Janson is a married man. He is currently married to Kelly Lynn. The couple tied the knot on July 4, 2010. They together share two children: daughter Georgia Janson and son, Jesse Bo Janson, who was born in March 2014. Janson announced the birth news of his son via Twitter on 24 March 2014.

Altogether Janson and his wife, Lynn, have four children, two from Lynn's previous relationship. Janson adopted them soon after he married Lynn. Currently, the couple resides in Nashville, Tennessee, US. Janson was inspired to write the song, Holdin’ Her after his first meeting with his then-future wife Lynn.

As per source, Chris Janson's estimated net worth is around $ 1 million. The sales of his recording and musical concerts are the main source of his income.

Apart from these, Live musical concerts have also added figures in Janson's net worth. He performed in several world tours. His upcoming concerts in 2018 are going to be held in different parts of the USA like Columbus, St. Louis, Gulfport, Mississippi, Nashville, Tennessee and few others. The ticket range of these concerts starts from $70.