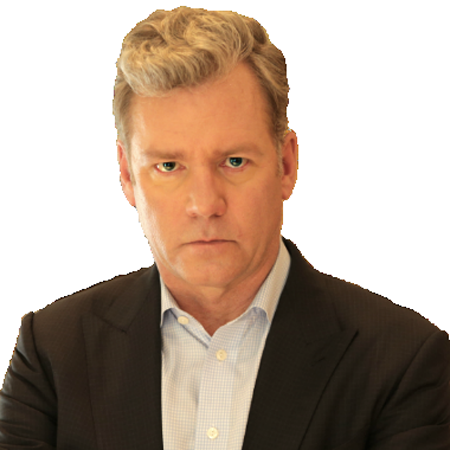 Chris Hansen was born Christopher Edward "Chris" Hansen on September 13, 1959, in Chicago, Illinois, United States. He spent most of his childhood days in northern Detroit suburbs of West Bloomfield and Birmingham. Chris was inspired to become a journalist when he followed the details of the investigation of Jimmy Hoffa’s disappearance at the tender age of 14.

Chris attended Brother Rice High School based in Bloomfield Hills, Michigan Chris went on to attend Michigan State University College of Communication Arts and Sciences and soon graduated in 1981 with a bachelor's degree in telecommunications.

Chris Hansen began his career in journalism by working for NBC affiliate WILX in 1981 while he was still in college. Eventually, he began working for WFLA based in Tampa as a reporter. Hansen is then known to have worked for WXYZ in Detroit, WDIV, as an anchor and investigative reporter.

Chris Hansen Joined NBC News in 1993 for the magazine Now with Tom Brokaw and Katie Couric as a correspondent. He is known for his remarkable work in Dateline NBC where he worked as an investigative reporter. Under Dateline NBC, he made notable reports like To Catch a Predator, To Catch a Con Man, and To Catch an I.D. thief. He appeared on NBC Dateline alongside Willie Geist, Lester Holt, Hoda Kotb and other NBC journalists. Hansen is also known for his work in Killer Instinct, and Hansen Vs. Predator, Crime Watch Daily.

Chris Hansen is married to his wife Mary Joan Hansen. Together the couple has two lovely children. In 2011, Chris was found having an affair with a young Kristyn Caddell who was a Florida reporter. There was also the rumor that he is leaving his loyal wife for his girlfriend.

Chris Hansen's relation with his wife was stained yet again when it was found that he had a second mistress named Kathleen Collins whom he met in Las Vegas. He is also known for cheating his wife.  Chris Hansen was fired from NBC due to the aftermath of the affair for breaking moral conduct. Chris currently lives with his family in Connecticut.

Chris Hansen has been honored and awarded numerous times for his remarkable work in NBC. Till date, Chris Hansen is known to have been awarded seven Emmy Awards, and four Edward R. Murrow Awards. Furthermore, he has also been honored with the Overseas Press Club award, an IRE, the National Press Club award, International Consortium of Investigative Journalists Award, and much more.

According to some sources, Chris Hansen’s net worth is estimated to be$12 million. Chris’s net worth arises from his huge salary through his exceptional career in Dateline NBC, To Catch a Predator, Killer Instinct, and more. Chris Hansen stands tall at the height of 1.87 m. The details of the talented and renowned, Chris Hansen can be found in numerous media sources like Wikipedia, Twitter, Facebook, and more.