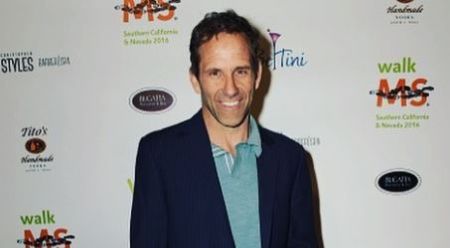 Chris Bruno was a bartender for several years is now one of the finest actors in Hollywood. He earned international fame as Sheriff Walt Bannerman on the USA Network series The Dead Zone (2002-2007).

Besides that, Bruno is contributing to the film industry as a director and producer. Stay tuned to know his struggle and success more closely.

What Is Chris Bruno Age & Height?

His parents are Scott Bruno (actor) and Nancy M. Bruno. DyHe along with his younger brother Dylan Burno (actor) grew up with their now late mother. But, they also spent some time with their father in Manhattan's Upper West Side.

Chris attended Hamden Hall Country Day School. Later, he graduated from Stony Brook University. During his college, he was active in theater and sports. He used to play three sports baseball, skiing, and tennis.

Chris who previously dreamed to be a skier changed his decision after his injury. After college, he worked as a bartender in the self-owned bar in New York City called Vermouth.

The 55-year-old made his acting debut with the television series Another World (1991-1993). After that, he appeared in All My Children, The Nanny, Oh Baby, My Girlfriend's Boyfriend, Wildfire, and CSI: Miami.

Bruno got his break playing the role of Walt Bannerman in the USA Network's drama The Dead Zone (2002-2007). In 5 years on set, he starred in a total of 69 episodes alongside Anthony Michael Hall, Nicole de Boer, John L. Adams, and Connor Price. 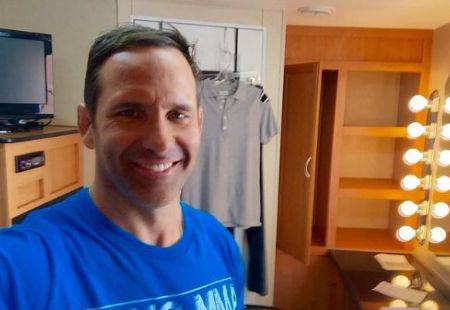 Moreover, his other notable acting credits include The World's Fastest Indian, Grendel, Dead and Gone, The Cell 2, Truth Never Lies, The Fosters, 5-Headed Shark Attack, and The Way Back. Besides that, he has directed some episodes of The Dead Zone, The Icarus II Project, and short films, My Two Left Feet, Hide and Seek, Wrestler Club, and Surface Tension.

Also, Another World actor worked as a producer in Last of the Romantics, Devlin Made Me Do It,  Faded Glory, A remarkable Life, and Do Not Go Gentle. Additionally, he was an MMA fighter. He was the oldest MMA fighter ever to turn Pro at the age of 51. Later, he retired with a 4-1 record.

How Rich Is Chris Bruno?

No doubt, The Fosters actor lives a luxurious lifestyle with the wealth collected via his successful career. Active in the industry since 1991, he has 49 acting credits under his name.

The Dead Zone star Chris Bruno has an estimated net worth of $3 million as of June 2021. He earns a salary in six digits based on his experience, talent, and hard work.

The multi-talented Bruno is a married man. He exchanged wedding vows with Cindy Bruno on February 25, 2018. The couple tied a knot in a small gathering of friends and immediate family on the beach in Kauai, Hawaii. 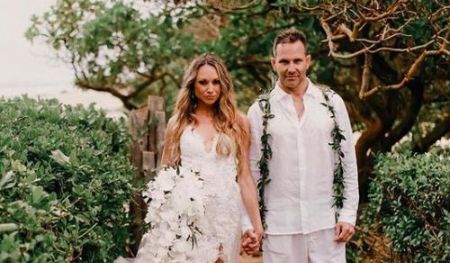 CAPTION: Chris and his wife Cindy Bruno on their wedding SOURCE: Instagram @thefachelife

On February 25, 2019, Chris uploaded their marriage picture to wish his wife for their first anniversary. The duo is so in love that they often keep sharing their loveable and cozy picture on their social media.