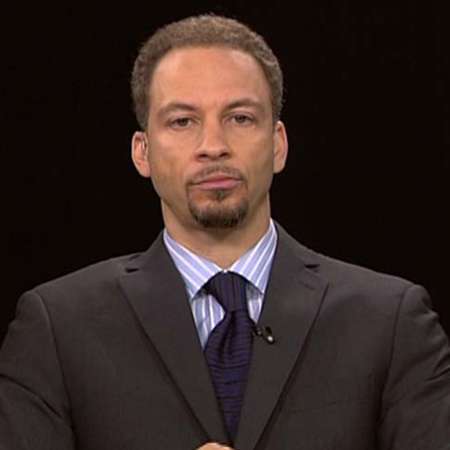 Chris Broussard is an American journalist and sports analyst for NBA on Fox Sports. He also worked as a columnist for ESPN Magazine and ESPN.com before he joined the Fox network. While he was on ESPN, he was an NBA Fastbreak analyst.

Chris Broussard was born on October 28 in the year of 1968, in Baton Rouge, Louisiana, in the U.S., to Edward Broussard. He belongs to the American nationality, and regarding her ethnicity, Broussard has a mixed ethnical background.

Chris graduated with a bachelor’s degree in English in the year 1990 at the age of 22 from Oberlin College situated in Ohio. At that time, he was also on the Oberlin basketball team.

Chris Broussard was always interested in sports, especially in the NBA. He spent most of his childhood playing basketball with local teams and groups. He explains that he did have the plan to contribute to the NBA, but he was expecting to be a player.

Chris’s sports writing career began in 1990. He wrote for The Plain Dealer (Cleveland, Ohio). He worked there for four years and then moved to the Akron Beacon Journal. He covered the NBA and spent two and a half seasons as the Cleveland Cavaliers beat writer.

In 1998, Broussard started working for The New York Times. He covered the New York Knicks for two years, the NBA general for one year, and the New Jersey Nets for three years.

Broussard joined ESPN Magazine in September 2004. He started appearing on ESPN as an NBA insider and analyst in 2004. He occasionally appeared as a panelist with Skip Bayless on First Take, debating sports topics. He was added to ABC’s NBA Countdown pregame show for the 2011-2012 NBA seasons as an NBA insider.

Broussard commented about NBA player Jason Collins coming out as gay and expressed his views on h 0sexuality, categorizing it as a sin. He later stated that it was brave of Collins to come out of the closet.

The celebrity personality Broussard loves interacting with his fans through digital platforms. You can check Chris Broussard's Twitter handle, having username@Chris_Broussard with 1.4 million followers on his Twitter handle.

Later at the end of 1997, he won Ohio Prep Sportswriters and investigative reporting and was honored by the Professional Association of Black Journalists for Sportswriting. Later in 1998, he won an award with the title Ohio Excellence in Journalism.

Chris Broussard's Net Worth, Salary, And Major Source Of Income

Famous American sportswriter and journalist Chris Broussard earns a good amount of money through his work. As of 2019, Broussard's net worth is estimated to be around $800 thousand, similar to Karuna Satori.

Chris Broussard is a married man who tied the knot with his spouse Crystal Naii Collins Broussard, in 1995, in an intimate wedding ceremony. The couple dated for a few years before they exchanged vows.

They are also blessed with twin daughters named  Alexis and Noelle.

He lives with his wife Crystal and twin daughters. The couples don’t have any complication issues projected by the media, yet they are believed to have a happily married life. He believes in the Christian faith and speaks publicly about it.