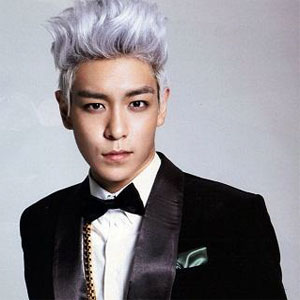 Choi Seung-Hyun, better known by his stage name, T.O.P is a South Korean rapper & actor, best recognized as one of the five members of the K-pop boy-band 'Big Bang,' which also includes his rapper friend G-Dragon & singers Daesung, Taeyang, and Seungri.

T.O.P was born as Choi Seung-Hyun was born on November 4, 1987, in Seoul, South Korea. He belongs to white-Korean ethnicity and holds a Korean nationality. He has an older sister, Choi Hye-Yoon.

A very shy and sensitive child, Seung-Hyun felt so miserable working with his peers that he often skipped school & came home. He went to Seoul Art College where he completed his major in Musical. Later, he attended Dangook University and earned a degree in theater & Film in 2008.

When he was in the 4th or 5th grade, Seung-Hyun listened to the American rapper, The Notorious B.I.G. who inspired him to pursue rapping. He danced & rapped with his neighborhood friend, Kwon Ji-Yong, who later became his band-mate G-Dragon.

Right from the teenage, Choi Seung-Hyung took up the name TEMPO & became the famous underground rapper as he released his song, Buck wild and also won a rap battle as well.

After that, Seung-Hyung started dancing & rapping with Kwon Ji-Yong and also became a trainee of YG Entertainment. Senior YG artist, Se7en gave him the name T.O.P.

Seung-Hyung's hard work led him to be qualified for the boy band, Big Bang, however, his chubbiness became the reason for not selecting him.

Seung-Hyung along with his group released their first album, Big Band Col. 1 which received mix reviews. But after the release of their Ep, Always in 2007, they gained popularity.

Apart from rapping & singing, Seung-Hyung was also involved in acting in mid-2007. His first attempt was a music video, Hello by Red Roc, a Korean singer. Even, he began performing for the first time from the series; I Am Sam.

After that, Seung-Hyung started working in various movies and television series as a lead including Tazza: The Hidden Card, 19-Nineteen, Iris, Out of Control and many others.

Choi Seung-Hyun is currently single. Previously, he had an affair with the Korean model, Shin Mina to whom he first met through his sister & eventually began to date. The duo was spotted on secret dates despite their busy schedule.

There is also a rumor circulating that, Seung-Hyun has been going on dates with Krystal Jung, a member of k-pop group f(x), for two years. But both of them kept silent about the rumor & did not say anything about their relationship.

During his two years mandatory military service in 2017, Seung-Hyun was prosecuted by police for smoking marijuana with Han Seo Hee.

Moreover, Seung-Hyun also got hospitalized after the overdose of anti-anxiety medicine. After his recovery, he went to his first court hearing where he pleaded guilty of smoking marijuana on two out of four instances.