A website named AB-TC(aka City News) published an article on 5th February 2020 claiming the Chinese officials were to kill almost 20,000 coronavirus patients in an attempt to contain the disease. However, the news appears to lack any back support. 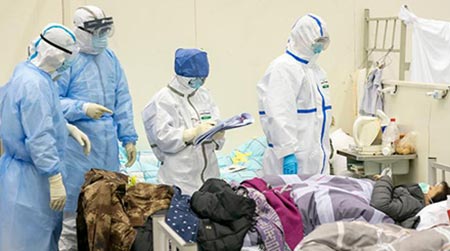 Coronavirus has killed more than 1700 people in China SOURCE: DW

Moreover, the website is full of made-up stories, death hoax articles, and fake rumors. For instance, the site had published so-called breaking news of the death of former New York Giants coach Pat Shurmur in 2010. The reality is Shurmur is still alive and has recently been hired as the offensive coordinator for the Denver Broncos.

Moreover, the website has spread hoax articles about "cannibal restaurants," death hoaxes about celebrities, and many more junk articles.

Meanwhile, the website had previously published an article spreading misinformation about the coronavirus infections in Singapore. After the article, the government of Singapore released a statement on January 30, 2020, calling the news "fake."

The statement said that the website had published an article claiming five Singaporeans had contracted the COVID-19 without going to China. And it further clarified that as of 30th January, there was no local transmission of the disease, and all the confirmed cases were Chinese nationals who traveled from Wuhan.

So, the news is baseless as of now. Thus, we conclude this report false.

The novel coronavirus outbroke in Wuhan, China, in late December 2019. The first case of nCov was reported on 31st December 2019. Since then, the virus has been sweeping the Chinese city of Wuhan along with other neighboring cities provinces. 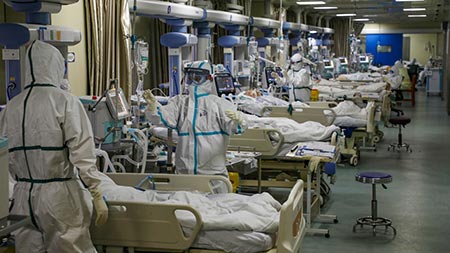 Coronavirus has killed nearly 2000 and over 70,000 are infected in China alone SOURCE: France24

The infection has since spread globally. As of Feb. 17, countries like the USA, France, Hong Kong, Taiwan, and the Philippines have reported the confirmed cases of coronavirus infections.

Lately, WHO declared the virus epidemic and gave a new name as COVID-2019(Corona Virus Disease 2019). As of 17th February, the death toll has surpassed 1,700 mark with more than 70,000 confirmed coronavirus infection cases.