Popular for the portrayal of Gary Marshall Borders in the BET show Sistas (2019-2021), Chido Nwokocha is a California-born American actor. He is also recognized for his roles in Murder in the First, The Night Shift, and Destroyer.

Is Chido Nwokocha Nigerian? Where Is He From?

Chido Nwokocha was born on May 17, Sacramento, California, the United States. As his exact date of birth is not known, his age is not available at the moment.

Born to Nigerian parents, he holds Nigerian-American nationality. To date, no reports regarding his family, parents, siblings, and childhood are available.

Talking about his education, Chido went to Ohio University. After his college, he was a professional player for the San Jose Sabercats of the Arena Football League. He quit his football career after a knee injury and tried acting.

Nwokocha began his acting career in 2012. She debuted playing the role of Steve / Matthew on the  Investigation Discovery show Wives with Knives only for a couple of episodes.

Eventually, he appeared in Little Daddy, The Mendoza Line, and Fist 2 Fist 2: Weapon of Choice. In 2016, he came into the spotlight as Nathan Woodward in the creme drama series Murder in the First starring Taye Diggs, Kathleen Robertson, and Richard Schiff. 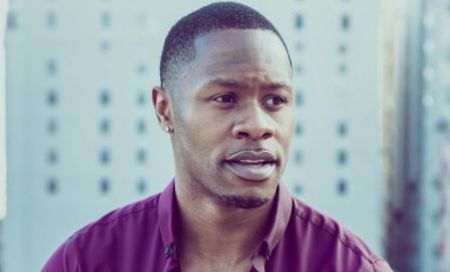 The same year, Chido acted on television shows: Scorpion and Shooter. Between 2019 to 2021, he was appreciated and famous for his role as Gary Marshall Borders in the series Sistas. In the comedy-drama romance thriller created, written, and directed by Tyler Perry, he appeared in a total of 33 episodes alongside KJ Smith, Ebony Obsidian, and DeVale Ellis.

Furthermore, his other acting credits include Destroyer (earning $5.6 million), Bad Therapy, Wildcat, The Night Shift, Day of Our Lives, The Rookie, Hawaii Five-0, and The Resident.

How Rich Is Chido Nwokocha?

Professional since 2012, the American actor is yet to reveal his fortune. Chido Nwokocha is reported to have an estimated net worth of $1 million.

So far, he has appeared in a total o 17 movies and television series. Besides his flourishing acting career, he makes a decent sum through commercials, advertisements, magazines, endorsements, and social media.

Sistas' alum is very secretive when it comes to his personal life. He has not disclosed any details about his relationship history, dating life, girlfriend, or partner. 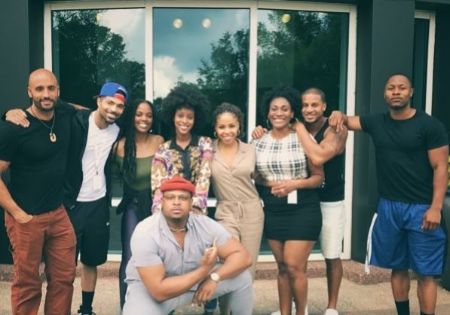 At the moment Nwokocha seems single. Scrolling his social media, he is a jolly and friendly person. He shares a good bond with every co-star. He also uses his social platforms to promote his movies and TV series.