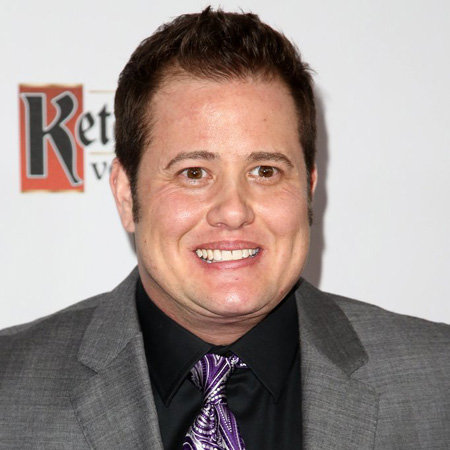 Chaz Bono is an American actor, writer, and musician. He is a transgender man. He publicly self-identified as a lesbian in a cover story in a leading American gay magazine, Advocate, several years after being outed as a lesbian by the tabloid press. He eventually discussed the process of coming out to oneself to others in two books. The musician attracted huge media attention even before his birth due to the fact that he is the born daughter of performers, Sonny Bono and Cher.

Chaz Bono was born Chastity Sun Bono on March 4, 1969, in Los Angeles, California, U.S. He is the only child of American entertainers. He is the son of American singers Cher Bono and Sonny Bono. Chaz Bono is an LGBT rights advocate, three-time author, and speaker.

Bono was named Chastity Sun Bono after the film Chastity, which was produced by Sonny and in which Cher (in her first solo role in a feature film) played a bisexual woman. He is an American by nationality and belongs to mixed ethnicity.

In Family Outing, Bono wrote that "as a child, I always felt there was something different about me. I'd look at other girls my age and feel perplexed by their obvious interest in the latest fashion, which boy in class was the cutest, and who looked the most like cover girl Christie Brinkley. When I was 13, I finally found a name for exactly how I was different. I realized I was gay."

After his parents divorced in 1975, Bono split his time between his father’s and mother’s houses. He went to New York City as a teenager to attend the High School for Performing Arts. Actress Jennifer Anniston was among his classmates.

All but one of the songs was co-written by Bono, Shink, and Mark Hudson.  They used no synthesizers or digital effects on the album; Shink noted, "We turned our back on technology. [ ... ] It's reminiscent of the 60s, but more a tip of the hat than emulating it. We took the music we love and rejuvenated it, made it 90s."

The songs Could’ve Been Love and Ready for Love were released as singles from the album. Sonny and Cher also recorded backing vocals for the track Living It Upon on the album.

In 2002, Bono published a memoir entitled The End of Innocence. The book provides an inside look at his time in the music business and his relationship with an older woman.

Chaz Bono worked as a writer at large for The Advocate. He became the spokesperson for the Human Rights Campaign, promoted National Coming Out Day, campaigned for the reelection of Bill Clinton for US President, campaigned against the Defense of Marriage Act, and served as Entertainment Media Director for the Gay and Lesbian Alliance Against Defamation (GLAAD).

He became a competitor on the 13th season of the US version of Dancing With the Stars in September 2011. he was paired with professional ballroom dancer Lacey Schwimmer. The duo was eliminated on October 25, 2011. It was for the first time that an openly transgender man starred on a major network TV show.

In 2016, the actor played the role in the TV series American Horror Story: Roanoke (AHS) sharing the screen along with  Kathy Bates, Sarah Paulson, Lily Rabe, and Denis O'Hare.

Chaz Bono's Net Worth, Salary, And Maor Source Of Income

Chaz Bono's net worth is $500 thousand, as per celebrity net worth, in 2019. Chaz Bono may not be one of the wealthiest celebrities around, but he’s done lots of valuable work in a field that provides more than just net worth.

Chaz Bono started his transition from his previous female identity to his current male one in 2008. The event garnered all kinds of media attention and was the subject of a documentary movie entitled Becoming Chaz. The transition finally became official in the summer of 2010, when a California court granted Chaz's request for a legal name and gender change.

Chaz Bono is yet to be married. The writer and musician is a transgender man. Bono came out as a lesbian in an interview with The Advocate, an American national gay and lesbian magazine, in April 1995.

Bono eventually discussed the process of coming out to oneself and to others in two books. His book Family Outing: A Guide to the Coming Out Process for Gays, Lesbians, and Their Families (1998) includes his coming out the account whereas his memoir, The End of Innocence (2003) discusses his outing, music career, and partner Joan’s death from non-Hodgkin’s lymphoma.

His mother has supported him, as she agreed to 'come out' herself on the cover of The Advocate as the proud mother of a lesbian daughter after he came out publicly.

Bono was once in a serious relationship with his ex-girlfriend Jenifer Elia. The two also became engaged in 2011. But their engagement was called off in Dec 2011. They started dating in 2005 but the couple could not last long parted ways after over six years of relationship.

'Thanks for your concern about our separation. I'm doing fine, and we remain on good terms with nothing but respect and affection 4 eachother.'

Whereas, his paternal relationship became strained after Sonny became a Republican Congressman from California. The differences in their political views separated them, and the two had not spoken for more than a year at the time of Sonny's fatal skiing accident in January 1998.

With a bodyweight of 250 pounds, weight loss hasn’t always been easy for Bono, who announced in November that he wanted to lose between 50 and 80 pounds.  Chaz Bono announced that he’d lost 43 pounds, and recently is already down another 17 pounds and, he said: “I am still slowly losing”.