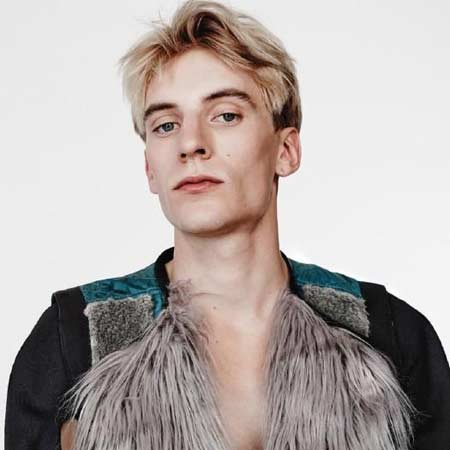 From a jobless struggler to the BAFTA Award-winning actor & writer, Charlie Cooper surely has an inspirational journey.  He is famously known for his role, Lee ‘Kurtan’ Mucklow in the BBC Three mockumentary series, This Country. He along with his sister Daisy May Cooper created the series which is mainly about the day to day journey of them living in the small place Cotswolds. His other works include Kerry (pilot of The Country) and Live from the BBC.

Charlie Cooper was born in 1990 in Cirencester, Gloucestershire. Cooper is British by nationality and belongs to Caucasian ethnicity. His parents raised him with his sister, Daisy May Cooper.

Charlie Cooper and his sister came up with an idea of a sitcom when his sister was in her final year. Later, they moved to their hometown, Cotswolds.  At the time, they were careless, jobless and were sharing a bedroom in their parents’ house. Later, they started writing in the dark loft space which was above the garage.  They faced several ups and down at the beginning of their career.

"We’ve had a lot of ups and downs with it. We did a pilot a couple of years ago that didn’t quite work out, so we had to go back to the drawing board a few times to make sure we got it right. We made so many mistakes but it helped us to find what it is now".

In 2014, they wrote the script of Kerry (pilot for The Country) starring Chris J Bailey, Theo Barlem-Biggs, and Ed Birch. IMDB rated the movie 8.9 stars out of 10. Two years later, they worked in an episode of Live from the BBC with James Acaster, Alexander Edelman, and Sofie Hagen.

Charlie Cooper along with his sister started writing the mockumentary series, This Country when they used to work as cleaners in Cirencester for $120 a month. The show is aired on BBC Three starring Paul Chahidi, Trevor Cooper, Michael Sleggs and Ivy Woodc* * k.

The whole script was based on their real-life experiences, and most of the characters are also based on real-life people. The real-life siblings played the character of cousins in the series.

‘’ A lot of the storylines you see, all of them have happened to use. The characters are slightly heightened versions of ourselves. Stuff that we’ve seen or stuff that’s happened to our friends. We didn’t have to make anything up because it’s all here.’’

Their hard work helped them to win BAFTA Awards in the category of Breakthrough Talent in 2018.  Charlie also received nominated for RTS Television Awards twice.

CAPTION: Charlie Cooper and Daisy May Cooper with their awards. SOURCE: Instagram

The duo has struggled a lot to gain the current position, and they truly deserve it.

Charlie Cooper has an estimated net worth of thousand dollars, but, the amount is not made public. Cooper makes his money from his acting and writing profession. According to some sources, the TV writers earn the salary of $3k-$6k weekly.

Charlie Cooper is confidential when it comes to his personal life. Cooper prefers to under wrap his dating life and relationship, and only limited information about his private life is available.

According to his Instagram posts, it can be a s sumed that he is dating a beautiful, mysterious lady.

‘’ She thought it couldn't get any better than last years date at spoons...she was wrong. Ipswich town at home. Look at her little face....she can't bloody believe it! Luv u 2 babes. #valentinesday #fulhamfc #cravencottage #gettingdumpedinthemorning.’’

Cooper, however, has not officially announced his relationship with the girl.

Here is the video where Charlie Cooper and his sister, Daisy May Cooper talks about their mockumentary series, The Country: