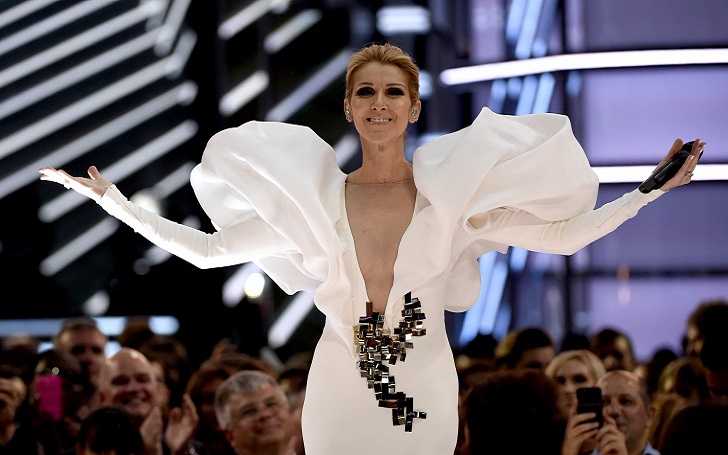 Celine Dion isn't quite the minimalist. Her music is filled with big and deep emotions. Her hits aren’t just big but world record breaks.

Similarly, she is also a long-time fashion icon thanks to her backward tuxedo and love affair with haute couture. And this time, this 49-year-old beauty has proved that beauty has no age when she posed for a without cloth photo for Vogue’s Instagram in Paris on Tuesday.

The revealing photo, which features the “My Heart Will Go On” singer sitting in a chair with her arms and legs crossed — was taken while Dion changed outfits between performances.

"Here's a little naked fact to ponder while Celine Dion changes looks between shows: for the past five years she has worn haute couture near exclusively for her own performances (in Las Vegas and on her current 'mini-tour' of Europe)," the caption on the picture states.

"In Vegas, Velcro panels are added to allow for her rib cage to expand or for a quick outfit change," it adds.

Dion is currently in Paris for Couture Week, which kicked off on July 2 and because Dion does not play, so yes, she serves a completely different look at each show she attends.

Celine Dion is frustrated by fashion's current revolving door policy, the relentless firings and hirings at the top (amen to that!). #CelineTakesCouture Photo by @sophfei.

This is hardly the first time Dion has opted for a bolder fashion. She did, however, pose topless for V magazine in 2012, wearing a pair of long black gloves while folding her arms over her chest.

So, there you have it. Celine Dion is truly the ultimate queen who can basically turn any couture into the athletic wear or she is just as content in nothing on her at all.