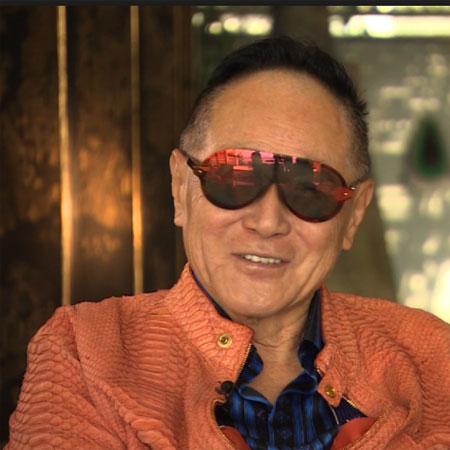 Hong Kong billionaire, Cecil Chao is the owner of Cheuk Nag Holidays Ltd. He is widely recognized for his claim to have slept with nearly 10,000 women. In 2012, Chao came to media attention after he offered $65 million to any man who could convince his lesbian daughter, Gigi Chao, to marry them and in 2014 he increased his offer to $180 million.

Cecil Chao was born Chao Sze-Tsung Cecil in 1963 in Hongkong. He graduated from the University of Durham.  He is known as the Executive Chairman of Cheuk Nang Holdings Ltd., since 1988. He is active in the field of property, investment, finance, architecture and construction for 40 years.

Chao worked for Hong Kong Government Building Department and Architectural Office. He also served as the Chairman of Yan Yin Company Limited. In 2004, he joined Enew Media Group as an executive director.

Cecil Chao is one of the richest Hongkong business personalities who has an estimated net worth of $2 billion. His annual salary is $7.8 million. He is the owner of Cheuk Nang Holdings Ltd. The market value of the company is in billion dollars.

Cecil Chao is possibly single at the moment and never married but he is widely popular for his relationships. He came to media attention after he claimed he slept with 10,000 women.

In September 2012, Chao made a  global announcement, offering a reward of $65 million (500 million HKD) to a man, who could persuade his daughter to marry them. His offer attracted 20,000 men but all went unsuccessful.

“anyone who comes along to pursue Gigi, we will give them a moderately deluxe life.”

After a year, he doubled the amount to $185 million (1 billion HKD) which forced her daughter to write a poignant open letter to her father. In the letter, she told her father she was happy with her partner and didn't want any other relationship.

Gigi is already married to her partner of nine years, Sean Eav, in a civil ceremony in France in 2012.