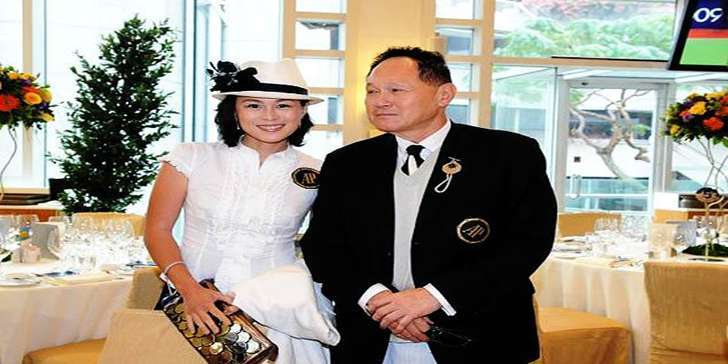 This is an amazing story about a father who is offering 1 billion HKD as dowry for a man who’ll his lesbian daughter. Cecil Chao, a billionaire is very serious regarding his daughter's marriage.

In September 2012, shipping magnate and property developer Cecil Chao made a global announcement, offering a reward of 1 billion HKD to a man, who could persuade his daughter.

But the real fact is she had already entered into a relationship with her Long-term female partner of almost nine years. Her partner is Sean Eav. Gigi is widely famous for her claim to have slept with 10,000 women.

The shipping tycoon isn’t happy with his daughter's sexuality and her choice but he still respects her decision.

More than a year ago Hong Kong Newspaper had published a letter of Gigi Chao addressed to her father, asking him to adopt the fact that she is lesbian and she also understands the feeling of her father, that it is difficult for him to understand how she could romantically attract to a woman, Gigi said she can8’t really explain.

In 2012, Gigi married her long-term partner Sean Eav in a church in a France. When she told this to her father he was surprised and shocked but advised her not to make it public.

But later when her father made a global announcement, nearly 20,000 had applied for the marriage. It was revealed that one of the suitors phoned Cecil Chao reportedly Claiming “I Want to be a billionaire”. Suitors from all around the world wanted to be a billionaire.

The estimated net worth of shipping tycoon Chao is around $2billion.