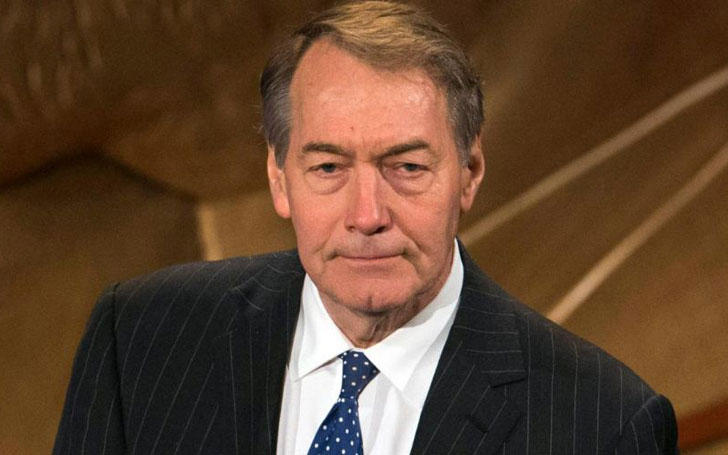 The 25-year-long journalism career of Charlie Rose has collapsed within days after women came up with harassment allegations against the 75-year-old television legend.

CBS News has terminated Rose within 24 hours after Washington Post published a report detailing misconduct accusations from eight women who worked at PBS. Along with his exit from CBS, his association with PBS and Bloomberg has also ended.

The CBS News' President David Rhodes announced Rose's termination from the network in a statement posted on Twitter which reads:

A short time ago we terminated Charlie Rose's employment with CBS News, effective immediately. This followed the revelation yesterday of extremely disturbing and intolerable behavior said to have revolved around his PBS program.

Shortly after CBS' announcement, PBS also confirmed the end of its association with Rose, who had been running the self-titled interview show since 1991. PBS said,

In light of yesterday’s revelations, PBS has terminated its relationship with Charlie Rose and cancelled distribution of his programs. PBS expects all the producers we work with to provide a workplace where people feel safe and are treated with dignity and respect.

Likewise, Bloomberg TV also announced that it had severed ties with Rose and also denied to comment further on the topic.

In the report published in the Washington Post, the women have claimed that Rose, 75, groped their body parts and genitals and walked around naked in their presence while they were working in collaboration with him.

Mr. Rose, after the Washington Post's report, apologized in a statement where he said:

I am greatly embarrassed. I have behaved insensitively at times, and I accept responsibility for that. I always felt that I was pursuing shared feelings, even though I now realize I was mistaken.

Rose had been co-hosting CBS' most popular morning show, CBS This Morning with Gayle King and Norah O'Donnell since he joined the show in 2012. Now the CBS might be searching for the man in replacement of Rose which won't be easy for the network.

Charlie Rose filled a huge hole for CBS News. He embodied their rebooted brand, providing weight, experience, intelligence, and trust, not to mention the world’s best Rolodex. He not only could get anyone in front of the camera but he was a master of the interview once he got it. Now that hole is back and it’s a gaping one.

Before CBS network and other two decided to show him the exit door, they had suspended him until the investigation was on, however, hours later announcing his suspension the network confirmed his termination.