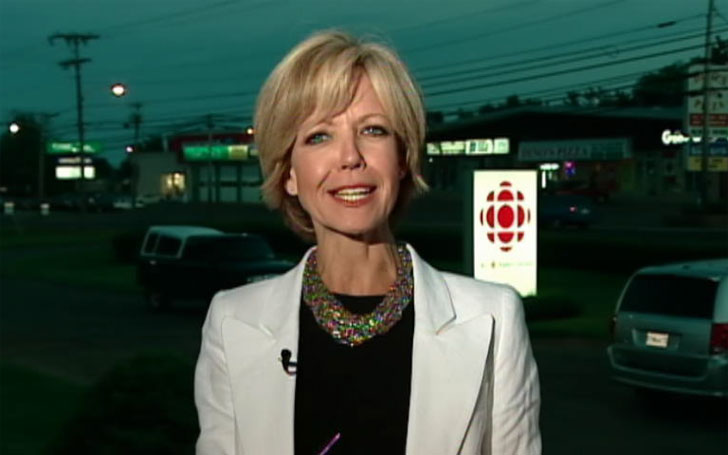 Like many other media personalities, Hiscox too wants to be talked about her professional life rather than her personal life, which is why she hasn't disclosed much about her husband and married life. And we are here to shed more light on it.

Heather Hiscox is Living Happily With her Husband Martin Goldbach

Canadian Journalist Heather Hiscox who is currently a news host on CBC News Network maintains a low-profile personal life, no wonder her fans are so curious to know her better personally. Hiscox who is now 51-years-old has successfully kept her married life under wraps.

Former Miss Teen Canada, Hiscox, is active on social media and she frequently shares pictures of her parents, sister and her fellows. But when it comes to her husband, the journalist is not so expressive. She rarely shares about her husband on her social media.

My goodness, @signabutler! Look who is on my flight to Ottawa -- Mom and Dad! The stories I will have ...... pic.twitter.com/RhOG5BCDSB

Some online sites have revealed that Hiscox is currently married to Dr. Martin Goldbach. Goldbach is a heart surgeon in London, Ontario. The couple hasn't revealed any details about their marriage date and marriage location and also they haven't disclosed about their children. Well, looks like Hiscox doesn't want attention due on her family.

And with that, the holiday comes to an end. I will see you in the morning. pic.twitter.com/ycY6EX0RDe

Hiscox loves to visit different places and shares it on her social media time and again.

Hiscox started her professional career in 1982. She first worked as a disc jockey at the radio station in Owen Sound. Earlier in her career, she served in radio station throughout the university. After her graduation, she got a break in television in 1991.Then she served as a reporter and anchor in Southwestern Ontario, Toronto, Halifax, and Montreal.

She started her broadcasting career from radio station CFOS/CFPS.After CFOS/CFPS, she hosted many shows in London's Rock FM96 CFPL-FM. Before joining the CBC, Hiscox served for CFPL-TV, CBC Montreal, the Global Television Network and CHCH. She is currently the host of CBC News Now from 6 to 10 a.m. on weekdays on CBC News Network.