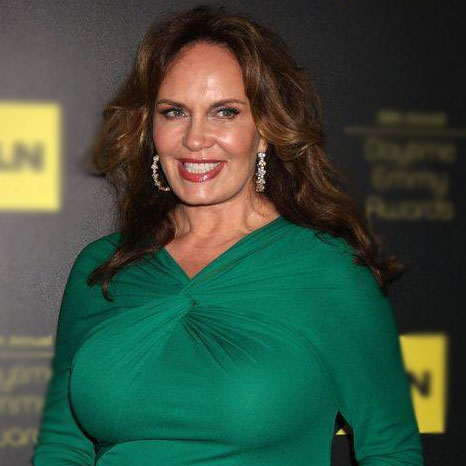 Catherine Bach is an American actress who is widely known for her work in The Dukes of Hazzard and African Skies. She has been the part of the industry since 1974 and has given several hits including Thunderbolt and Lightfoot, Crazed, The Breakup Girl. Similarly, Catherine is the recurring cast in the CBS soap opera The Young and the Restless as Anita Lawson.

Catherine was born Catherine Bachman on March 1, 1954,  in Warren, Ohio. Her mother is Norma Jean Kucer, an acupuncturist from Mexican descent and Bernard Bachman, a rancher who is of German ancestry.

The descended from the Verdugo family, Bach grew up on a ranch in South Dakota and attended Stevens High School from where she graduated in 1970. Bach attended UCLA and studied arts there.

Her zodiac sign is Pisces and the people of this sign have empathy and expresses emotional capacity.

Catherine made her first screen appearance in 1973 in murder mystery film The Midnight Man as the murdered coed, Natalie Claiburn. In 1974, Bach made her major movie breakthrough with her appearance in 1974 film Thunderbolt and Lightfoot.

By 1975, she also made her prominence entry in the television series with her TV debut in Matt Helm, which later followed her cast in The Dukes of Hazzard from 1979 to 1985.

Since 2012,  Catherine is a recurring role in the CBS soap opera The Young and the Restless where she plays Anita Lawson.

With her appearance in the numerous Tv series and films, Bach has bagged a huge net worth. As of December 2018, Catherine Bach is estimated to be enjoying a net worth of $6 million.

Currently working in The Young and The Restless, Catherine's salary is yet to be revealed. It is alleged that she makes around $2,000 per episode. The average salary of the cast in the show is around $1,000 per episode while the veteran over 10 years can earn up to $5,000 per episode.

The net worth of her The Young and The Restless co-stars Tracey E. Bregman, Eileen Davidson, and Sharon Case are $7 million, $3 million and $3 million respectively.

Some of her movies' box office collection is:

Well, talking about her properties, Catherine owns a house in Los Angeles, California.

Catherine Bach has been married two times in her life. She divorced her first husband while her second husband died after 20 years of their marriage.

She tied the knot to her first spouse David Shaw on May 15, 1976. David was the step-son of Angela Lansbury. The couple divorced in 1981 without disclosing reasons for separation.

Then on August 8, 1990, Bach married for the second time. Her second husband Peter Lopez was an entertainment lawyer. The couple even shared 2 children, both daughters: Sophia Isabella Lopez (born in January 1996), and Laura Esmeralda Lopez (born in October 1998).

Catherine's second partner died on April 30, 2010. He was found shot dead in an apparent suicide.

As of December 2018, Catherine is not reported to have any recent relationship or affairs.

She is active on Twitter where she has over 26.2K followers as of December 2018.

Actress American relationship Net Worth The Young and the Restless