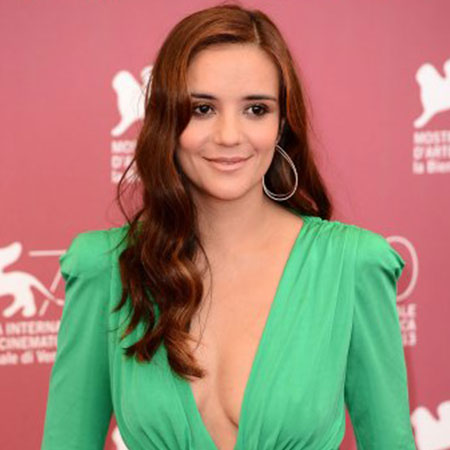 Colombian gem Catalina Sandino Moreno is an award-winning actress. She earned the Best Actress Oscar nomination for her first film, Maria Full of Grace, in which she played a Colombian drug mule.  Besides, she is also known for her appearances in movies like Journey to the End of the Night, Love in the Time of Cholera, Che Part One: The Argentine, Che Part Two: Guerrilla, A Stranger in Paradise, and Incarnate to name a few.

Catalina Sandino Moreno was born on 19th April 1981 in Bogotá, Colombia, under the birth sign Aries. Her father Raul Sandino is a vet and mother Martha Moreno is a pathologist.

Regarding her nationality, she is American and belongs to white-American nationality. Further, she went to the Saint George's School in Bogotá, Colombia, and then studied advertising at the Pontificia Universidad Javeriana in Bogotá.

Catalina Sandino Moreno made her acting debut in the big screen from the 2004 drama film, Maria Full Of Grace. For her role, María Álvarez in the movie won her several awards and nominations including Golden India Catalina for Best Actress and Academy Award for Best Actress.

In 2005, Moreno moved to New York City to study dramatic arts and was invited to join AMPAS to continue with her successful career at the moment. The following year, she was selected for the role, Angie in independent film, Journey to the End of the Night, alongside Brendan Fraser, Alice Braga, Scott Glenn, and others.

Further, she portrayed the character of Aleida March de Guevara in 2008 biographical film, Che Part One: The Argentine. The same year, Moreno portrayed the same character in Che Part Two: Guerrilla. Moreover, Moreno made her notable roles in several movies such as The Twilight Saga: Eclipse, For Greater Glory: The True Story of Cristiada, A Stranger in Paradise, Incarnate, and others.

Catalina Sandino Moreno is a married woman, she tied the knot to Electrician, David Elwell. Her husband was a lighting technician, on the set of Maria Full of Grace. The couple is in a blissful relationship and they recently (2019) celebrated six years of a marital relationship.

The duo dated for four years and decided to take the next step in their relationship and tied the knot on 15th April 2006. The couple welcomed their first child, a son in January 2009, the name of their baby has not been revealed.