Cash Me Out Teen Danielle Bregoli Sentenced On Multiple Charges 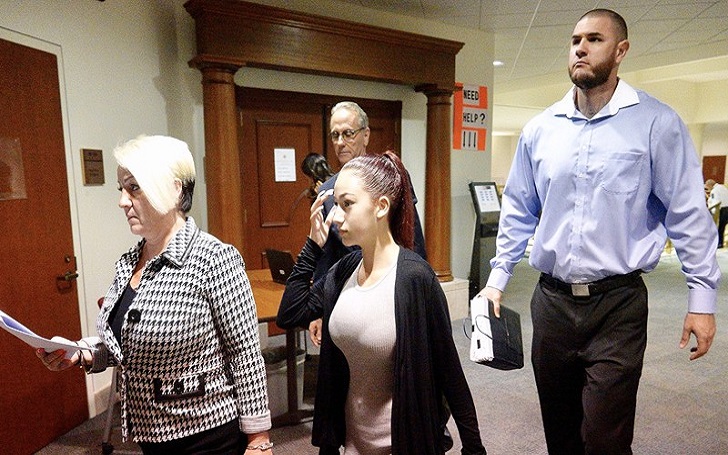 The ‘Cash Me Outside’ teen won’t be going to jail, but she will be serving 5 years’ probation after pleading guilty to multiple charges last month, new report claims.

Danielle Bregoli, who is just 14-years-old, was sentenced to five years’ probation in Florida after pleading to charges of grand theft, grand theft auto, and possession of marijuana and filing of the false report.

Danielle Bregoli coming out of the court

The teen star came out of the court with a frowning face. She was sentenced in Palm Beach County Court in Delray Beach and both her parents were present with their lawyers.

It was a heart-wrenching hearing and Bregoli cried several times during the proceedings, especially when her father addressed the court.

Bregoli’s father, Ira Peskowitz said, “I’m afraid of what she’s being pushed into and who’s profiting from it.”

He also asked the court to have Bregoli’s probation be carried out in Palm Beach County, where he works as a sheriff’s deputy.

Danielle Bregoli with her mom

The “Cash Me Outside” girl could have gone to jail, but she escaped the slammer by striking a plea deal. There were additional charges as well but they were dropped as a part of her deal.

The judge is said to be allowing Danielle to fulfill her probation in California, where she currently resides with her mom.

Bregoli is currently filming her reality show in Los Angeles, so it will be interesting to see how her probation will impact her budding television career.