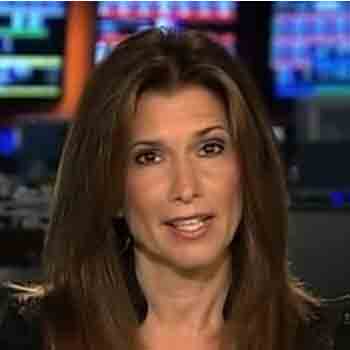 Carol Costello, an American news anchor and former host of CNN Newsroom, is currently working for HLN, sister channel. She has worked for several channels including ABC, CBS, and WBAL-TV. Costello has moved to HLN from CNN in January 2017 after working several years for CNN.

She was born in the year 1961 October 11 at Minerva, Ohio, United States. She has been the age of 52 years now. She is American citizenship and belongs to the White- American ethnicity.

Carol spent most of her youth in her hometown Ohio. She went to Minerva High School in Minerva, Ohio and has earned the Bachelors Degree in journalism from Kent State University. She always had the dream to come in the television as an anchor as she used to see people on the television doing so.

Being fancied by such, she became passionate about being a television journalist. Following her dreams, after graduating in journalism, she found the job at WAKR-TV based in Akron, Ohio.

One of the beautiful and talented American television news anchors, Carol Costello, is currently the host for the 9am-11am edition of CNN Newsroom program.

She works in the CNN station based in Atlanta. Carol is one of the experienced and pleasing personality in the news arena. Spending some years in the network as award-winning police and court reporter, she worked for WSYX and WBNS 10-TV, the CBS affiliate based in Columbus, Ohio.

While working for the network, she won an Emmy Award for anchor/reporter. She has also worked in WJLA-TV, the ABC affiliate based in Washington, D.C.

While her experience and fame began to grow in this journalism arena, she found a job at CNN as an anchor and reporter. She initially worked as an anchor at CNN Headline News. She has also been the anchor to the Good Morning Washington.

Happy Monday! Join me LIVE now on @cnn. A great interview ahead with one of #muhammadali daughters.

She has also worked for the network’s New York-based bureau where she has been the part of the CNN’s Peabody-winning coverage on Hurricane Katrina, 2008 presidential election, the Virginia Tech massacre, inauguration of Barack Obama and the Casey Anthony trial.

Besides being a reporter and an anchor, she has also interviewed the famous political leaders like Jimmy Carter, Bill Clinton, Hillary Clinton, and George W. Bush.

Her lists of work in her career include her in-depth reporting on the violence and abuse, bullying, coal ash and women issues.

She has anchored the CNN early morning show called CNN Daybreak, been the newsreader and correspondent on America Morning. She has also been the contributor to the Situation Room show and now hosts the CNN Newsroom aired in 9am-11am. Carol has also been the carrier of the Olympic torch prior to the Atlanta Olympics running through the streets of Atlanta.

In January 2017, she moved to HLN from CNN after her husband was named the president of Loyola Marymount University in Los Angeles. HLN is a sister channel of CNN and it is managed by CNN International.
She currently ho a ts news show on HLN.

She is a married woman. She is married to Dr. Timothy Law Snyder since 2000. Her wedding pictures can be seen on the internet where she looks absolutely gorgeous in her bridal dress. She is living happily with her husband. She might have children by now but there is no much information provided on them.

She stands the height of five feet and eight inches and has the body weight of around 57 kg. She is very considerate of her weight thus she cares about what she eats and performs the regular exercise.

The curvy body matches very well with the pair of her long, toned and sexy legs, which she never misses a chance to show them off. A very camera friendly, consistent and charming personality Carol, her legs has made her popular as when she shows them off in her A-line skirt, she looks irresistible.

There has been a rumor that she has done some plastic surgery on her face but the rumor proved to be false later on. She is confident and has an astounding personality.

Costello currently lives in Los Angeles with her husband Timothy Law Snyder. The couple was involved in various charities and philanthropic works.

She is one of the richest journalists in the American media industry. Carol Costello’s current net worth is $8 million. She has amassed a hefty amount of net worth from her long-time journalism career. She has a huge annual salary of $3 million, according to Celebrity Net worth.