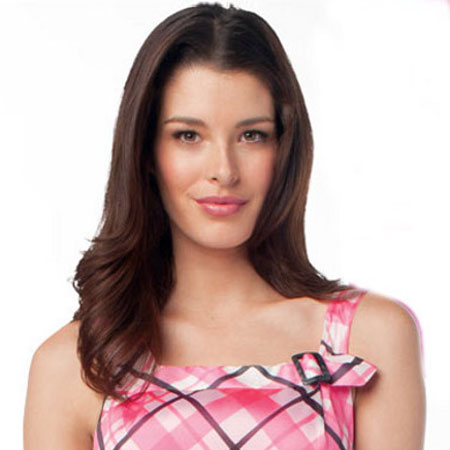 Best known as The T-Mobile Girl, Carly Foulkes, is a Canadian model and an actress. She rose to prominence after appearing in a series of T-mobile myTouch 4G television commercials. She has appeared in two to three advertisements but has instead become synonymous with the mobile company's image, appearing in multiple commercials, print campaigns, and viral videos. She has appeared on the April 2009 cover of Mexican Elle magazine and in advertisements for Rugby Ralph Lauren, Abercrombie & Fitch, Macy's, and Tommy Hilfiger. She became the T-Mobile 4G spokesperson in fall 2010.

Carly Foulke's net worth is estimated to be $3 million. She earns a salary of $1 million annually from her modeling contracts.

Carly Foulkes was born on August 4, 1988, to British parents in Canada. She is a native of Toronto, Ontario. She is a Canadian by nationality and is British-white by ethnicity. She spent most of her early days in her hometown Toronto along with her family.

Carly has two sisters named Kimmy Foulkes and Angie Foulkes whom she used to spend her summers in England. She is a graduate of Loretto Abbey Catholic Secondary School.

Carly Foulkes began modeling based in Toronto at the age of 13. After graduating from high school, she moved to New York City to model for various agents. Around that time Foulkes signed modeling contracts that required her to travel to Singapore and Europe.

After returning from her modeling trips to New York, Carly Foulkes started out in acting. Los Angeles Times compared her looks to that of famous American actress Anne Hathaway.

Carly Foulkes rose to prominence after being the 4G spokesperson for T-Mobile. She is known as the girl wearing pink summer dresses on T-Mobile’s ad campaigns.

Although Carly Foulkes was initially expected to be in two or three commercials, she went on to star in a dozen of T-Mobile's ads.

On April 17, 2012, Foulkes was seen in black-and-pink outfit and boots discarding the pink dresses embarking on a motorcycle for the refreshed ad campaign of T-Mobile entitled ‘Alter Ego’.

Carly Foulkes was named one of the most recognizable brand spokespeople by Business Insider.

Prior to a modeling career, Foulkes has also played the role in movies which includes Halfway Somewhere Else, Momentary 2012, as well as Ugh!.

Carly Foulkes' Salary And Net Worth

Carly Foulke has an estimated net worth of around $3 million, as per Celebrity net worth, in 2019. She earns a salary of $1 million annually from her modeling contracts.

Foulkes has appeared in two to three advertisements but has instead become synonymous with the mobile company's image, appearing in multiple commercials, print campaigns, and viral videos.

The model has appeared on the April 2009 cover of Mexican Elle magazine and in advertisements for Rugby Ralph Lauren, Abercrombie & Fitch, Macy's, and Tommy Hilfiger. She became the T-Mobile 4G spokesperson in fall 2010.

Carly Foulkes is yet to be married and is also not dating anyone officially at present. Despite her much social media presence, the model has kept secret everything regarding her love life and affair. She is an avid video gamer; she loves her PlayStation 3. She also loves skateboarding.  And She liked to wear black and leather cuffs during her high school days.

Carly Foulkes has restrained from giving out her relationship information. Her only publicly known romantic relationship is the two and a half year love affair with her ex-boyfriend, an actor named Tyler in 2011.  Carly is now apparently single.

Carly Foulkes loves to pose in front of the camera. Be it the professional lens or her mobile lens; she loves to pose.

I'm flattered, but it's funny.

As of now, Foulkes is probably more focused on her career.

So far, she is a dog person has a black colored pet. She also loves her spare time to spend with her family and friends.

You May Be Interested, Marisa Miller, Kindly Myers, and Josephine Skriver