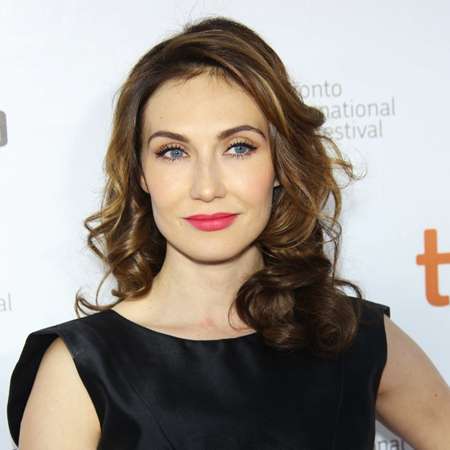 Carice Anouk van Houten is an actress and singer of Dutch nationality, who has been known all across the world for her role as Lady Mellisandre in the hit fantasy series Game of Thrones. She has been active in the acting fraternity since 1997 and has managed to appear in a huge number of films and movies according to her bio. She was born on the 5th of September, 1976 to parents Margje Stasse and Theodore van Houten.

Carice was enrolled in the Maastrchit Academy of Dramatic Arts for her skills in acting and she started her first leading role in the film Suzy Q. This led her to win a Golden Calf Award, Pisuisse Award as well as the Top Naeff Award. Another Golden Calf Award was obtained for her role of Undercover Kitty and she won her third Golden Calf for her role in Black Book as Rachel Stein. Her first English movie was Dorothy after which she was cast in Valkyrie and Repo Men opposite Tom Cruise, Jude Law and Forest Whitaker. She has also appeared in the Vanity Fair magazine and was filmed in the movie From Time to Time. She has also appeared in the movie Black Death as well as the dutch film Komt een vrow ij de dokter.

On July 2011, Van Houten was cast in the fantasy drama of the HBO Television, Game of Thrones as Mellisandre. She was cast in the second season and has been doing so up until the 5th season of the series. She is also a singer and has released two singles until now.

Carice has been also talked about well in regards to her personal life. This beauty has been known to have had a relationship with actor Sebastian Koch on 2006. The relationship with her boyfriend lasted for about three years and they split up finally on 2009. She started an affair with Kees van Nieuwkerk on 2013. They began dating and dated only for two years before splitting up on 2015. Carice is known to be single currently and has not dated anybody else expect the two relationships she has been talked about. She has also not been surrounded with rumors of dating anyone from the cast of Game of Thrones and is currently focusing more on her career than her personal life as of now. She has no spouse and children and has never been married.

Carice has managed to bag up a net worth of 5 million dollars through all of her acting credits and is certainly earning a huge amount of salary for her role in Game of Thrones. She has a height of 5 feet and 7 inches and an incredibly beautiful body which appeals to her fans all around the world.