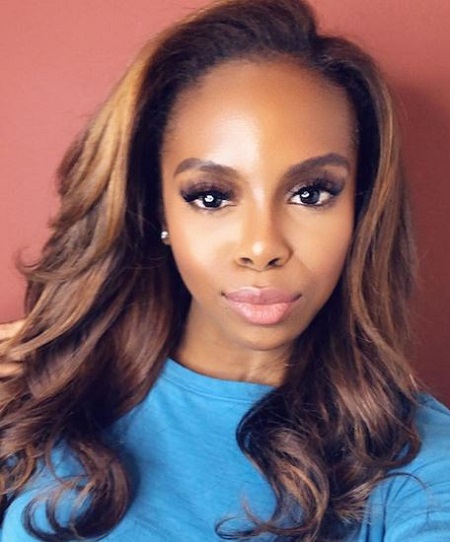 Candiace Dillard is a 32-year-old former Miss United States. Born and raised in Atlanta, with her Air Force physician parents, Dillard previously worked as a field organizer for the Democratic National Committee and was a staffer for President Obama’s 2012 reelection campaign. Her crowning achievement came in 2013 after winning the title of Miss United States. Besides, she has also forged a distinguishable career as an entrepreneur.

Candiace Dillard was born on December 14, 1986, in Biloxi, Mississippi, United States of America. She holds American nationality and ethnicity wise; she is an Afro-American. She grew up in Biloxi along with her family.  Her parents were Air Force physicians.

Upon graduation, Candiace Dillard worked in the White House Offices of Public Engagement and Intergovernmental Affairs. At that time, she corporated between the White House and the African American community for former United States President Barack Obama. During the 2012 reelection Presidential campaign, she served as a staffer for Obama.

In 2013, Dillard won the Miss United States beauty pageant. She has also held many other top titles in the pageant industry which are Georgia Miss American Coed, Miss Maryland USA, Miss District of Columbia USA, and more. 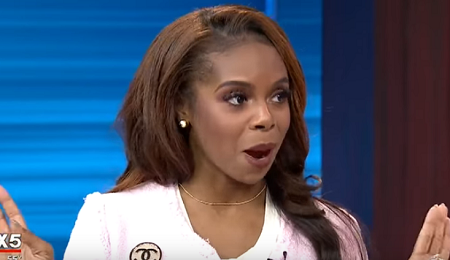 Besides, Dillard has forged a successful career as an entrepreneur. She is a founder and CEO of Candiace Dillard Pageant Consulting. Furthermore, she is the co-founder of Prima Hair Collection by Candiace Dillard as well as co-owner of Chateau Salon Suites.

Dillard grabbed worldwide attention following her appearance on the most hit Bravo reality show Real Housewives of Potomac. She stars in the show along with Gizelle Bryant, Karen Huger, and Ashley Darby.

Part of being a Real Housewife Candiace Dillard is living a lavish lifestyle, although there is not any accurate information out about Candiace's exact net worth. But it's safe to say that she definitely has earned a considerable amount of net worth from her various works.

Cast members of the show fly around on private jets and spend a hefty amount on costly clothes. It seems they must have a certain level of income in order to enter the socialite scene. Sources reported that Real Housewives of Atlanta stars reportedly earns a salary of $700 thousand to $1 million a year.

Dillard is also the former Miss United States. Obviously, the title came with a set of perks boasting high cash prizes. Miss USA 2017 get luxury New York City apartment, a special designer wardrobe for events appearances, and more. It is still unclear what exactly Dillard won, but with no doubt, they were somewhat comparable.

Candiace Dillard is a married woman. She tied the knot with her soulmate, restaurateur Chris Bassett on 11 August 2018, in a lavish celebration. The couple got married at Andrew Mellon Auditorium.

The lovebirds met for the first time while they were both working at a restaurant in downtown Washington, D.C. The two were close-friend for many years before their friendship blossomed into an undeniable love. 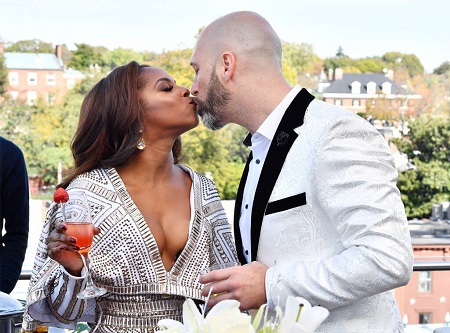 In May 2017, her restauranteur beau Chris proposed Gillard surprising her with all their friends and family. Together, Dillard and her spouse Bassett currently resides in Virginia property owned by her mother, Dorothy.

Dillard has a tensed relationship with her mother. In fact, she intends to move out of her mother's house.