American actress Camryn Grimes became the youngest winner to receive the Daytime Emmy Award at the age of 10 for her roles Ca s sie Newman / Mariah Copeland on the soap opera The Young and the Restless. She is also known for her performance in Swordfish, Magic Mike, and 2020: A 1917 Parody.

Her mother, Heather Grimes, is the niece of actor Scott Grimes and the father is Preston Lee. She has younger siblings altogether: Dakota, Shelby, Mattea, Ryder, Piper, and Peyton.

What Is Camryn Grimes Net Worth In 2021?

American actress Camryn Grimes is said to have an estimated worth of $1.3 million as of August 2021. Professional since 1997, she has so far 22 acting credits under her name.

The 31 years old made her debut with the television show JAG in 1997. The same year was cast as Ca s sie Newman on the CBS soap opera The Young and the Restless (1997–2007) alongside Eric Braeden, Amelia Heinle, and Bryton James. 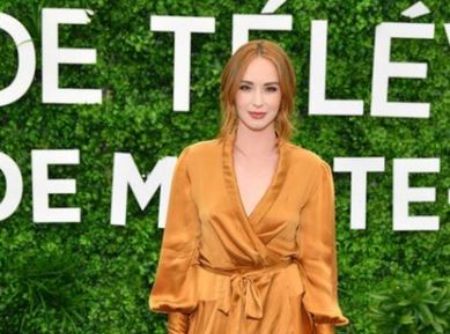 After her character died, she was again brought on the show as a recurring character Mariah Copeland due to the huge demand of the audience. For her performance in the series won two Daytime Emmy Award; initially in 2000 and later in 2018 as well.

Grimes' also acted in movies like Swordfish, Paper Bags, The Bournes Anonymous, Magic Mike, A.W.O.L., and I Would Kill for That. Additionally, she is also a part of television shows such as Sharing the Secret,  Medium, ER, Ghost Whisperer, Cold Case,  NCIS: Los Angeles, Make It or Break It, The Mentalist, Animal Kingdom, The Get, and NCIS.

Relationship History: Who Is She Dating?

Twice Emmy Award winner is reported to be in a relationship with Brock Powell. She started dating the voice-over artist in March 2020. Both the couple introduced each other girlfriend and boyfriend in September via their Instagram. 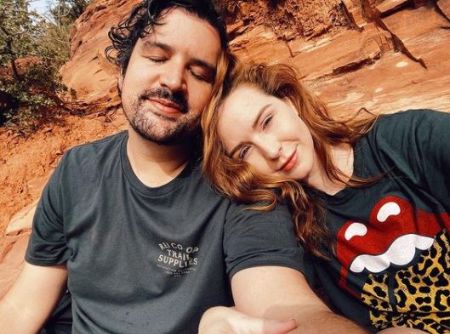 Previously, Grimes was in a romantic relationship with Oliver Singer. Though they began dating in 2012, their relationship was not public until 2014.

Once there was also a rumor of The Young and the Restless' star being a lesbian after she pa s sionately kissed her co-star, Cait Fairbanks, during the episode aired in 2017.

The following year, she cleared her sexuality mentioning that she was not a lesbian. Almost after a couple of years, on May 23, 2020, Camryn courageously came out as a bisexual woman on Twitter.