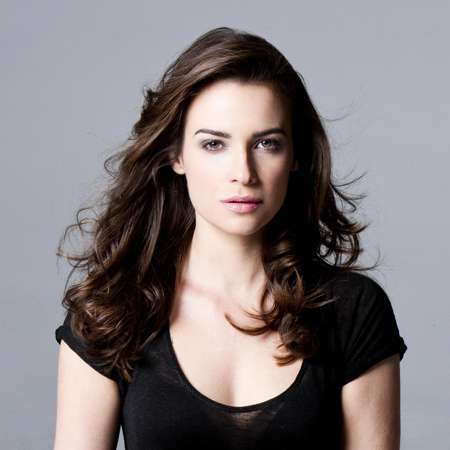 Camilla Arfwedson, an English actress, was born on 16 October 1981 in Westminister, London. Her father is a Swedish descent while her mother is English. She grew and spent most of her childhood in Chelsea, South-West London. She is British by nationality and is a mixed ethnicity of Swedish-British. Camilla is best known for her role in F2 Doctor in Holby City as Dr. Zosia March and for the movie Wrong Turn 5: Bloodlines.

Camilla Arfwedson was educated at Francis Holland School and  shelater joined the University of Edinburgh where she studied Cla s sics. She, at that time, joined the theater society and earned parts in the stage plays, like Thom Tuck's directorial 'Sore Throats' and 'A Slight Ache'. She also played in 'Skylight' directed by Sam Yadoo and played as a speaker in Alice Russell's 'Vagina Monologues'.

Camilla Arfwedson started her professional acting career after she graduated and mostly appeared in theater at the beginning. She made an appearance in 'Merchant of Venice', 'Festen' and 'The Shape of Things', for which she played as Evelyn, produced by Barons Court Theater and was directed by Ed Behran.

Camilla Arfwedson first made her television role by appearing in the parts of Law & Order: UK and Agatha Christie's Marple: Murder is Easy. She portrayed Lady Charlotte in the film 'The Duchess and also appeared in the British comedy movie A Bunch of Amateurs, where she played as the daughter of Brt Reynold.

Camilla Arfwedson, in 2012, starred in a TV commercial in Secret Escapes, a travel website and later in 2013, the follow-up advertisement was released. In 2012, she appeared as Sheriff Angela Carter in the American horror film Wrong Turn 5: Bloodline. She also was cast on the BBC 3 situation comedy 'Way to Go', prior to her appearance on the BBC one medical drama 'Holby City'.

Camilla Arfwedson has not revealed much about her personal life; like  who her parents are? is she married? who is her Husband? Does she have a baby? However, a rumor exists that she is dating someone in the industry but the fact is yet to be revealed. Camilla's information about net worth and salary are not highlighted by any source or by herself.

Camilla Arfwedson has a stunning body figure with a height of 5'7'' and has hot long legs. Her bikini posts can be found on the internet.