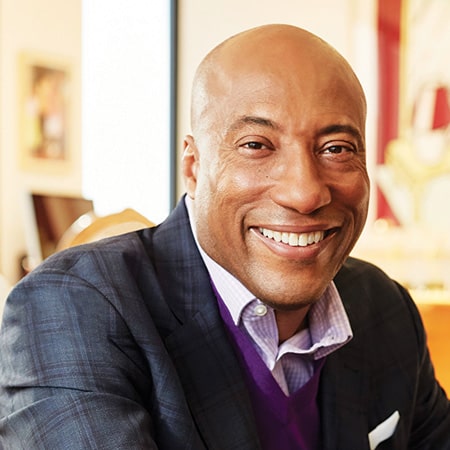 Businessman Byron Allen made his way to the limelight as a comedian and a television producer. Later on, he started his own business and established himself as a businessman within a short time. He is widely recognized as the founder and CEO of the television production company Entertainment Studios.

Former comedian Byron Allen has accumulated a whopping net worth of $400 million as of 2019. Allen earned the hefty net worth from his lucrative career as a comedian, television producer as well as a businessman.

Allen began his career as a comic writer who later appeared in several television shows. He later produced some television shows before founding the Entertainment Studios in 1992. After that, he is majorly focused on the company which is a billion-dollar company as of now. Moreover, the annual revenue of the company is reported to be $50 million.

Back in 2015, Byron Allen made headlines after his Entertainment Studios, and the National Association of African-American Owned Media filed a $20 billion discrimination lawsuit against Comcast, Time Warner Cable, the Rev. Al Sharpton, and several other African-American advocacy groups.

The lawsuit alleged that Allen's production company was denied opportunities to secure distribution on the Comcast and Time Warner-owned cable system.

Back in January 2018, Byron Allen filed a $10 billion lawsuit against the FCC and Charter Communications over alleged racial discrimination against African-American-owned media. He filed the lawsuit at the Central District Court of California.

According to several online sources, the Supreme Court will hear both of the lawsuits by Allen on November 13, 2019.

Media mogul Byron Allen has a number of lavish houses and mansions in California. Recently in June 2019, Allen bought a mansion in Beverly Hills for approximately $20 million. The 11,266 square feet house features 8 bedrooms and 8.75 bathrooms. 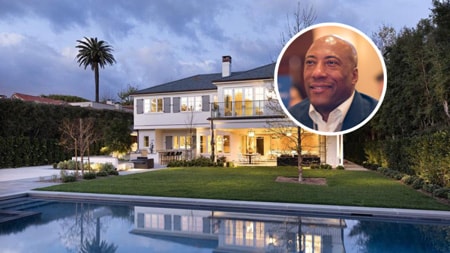 Back in February 2018, Allen bought an oceanfront estate on the western shore of Maui for $22.8 million. The 2015-built mansion spreads on a 7,300 square feet area and has five bedrooms and seven bathrooms. Moreover, the home features a double-island kitchen, a media room, an elevator, and a 500-bottle wine cellar. 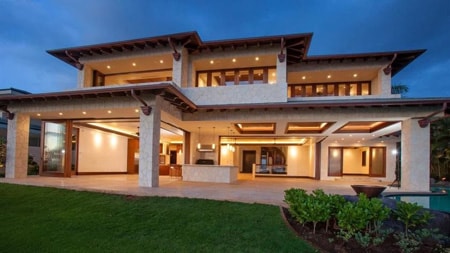 Besides, Allen also owned numerous condos in California in the past, however, it is a little unclear if he still owns those properties or not.

Allen started doing stand-up comedy in nearby clubs in LA, where comedian Jimmie Walker noticed him and offered him a job as a writer. He accepted the offer and started working as a writer alongside David Letterman and Jay Leno. Allen was only 14 years old at the time.

Four years later, Allen made his television debut from The Tonight Show Starring Johnny Carson. Shortly later, he started working as a presenter on the NBC series Real People and remained there for its entire run.

In 1992, Allen launched a show Kickin' It with Byron Allen, which became one of the longest-running US TV series by its end. His career took a turn after he founded Entertainment Studios and launched its first series, weekly one-hour series, Entertainers with Byron Allen. 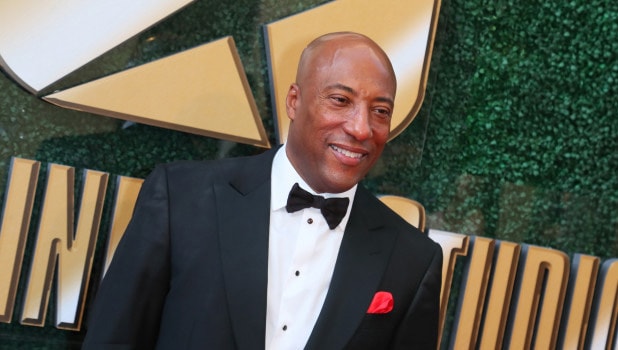 In 2009, Allen started eight 24-hour HD television networks to the company, namely Automotive.TV, Cars.TV, Comedy.TV, ES.TV, Justice Central, MyDestination.TV, Pets.TV and Recipe.TV. America's Court with Judge Ross, We the People with Gloria Allred and Comics Unleashed are some of the popular and award-winning programs under the company.

The company purchased TheGrio, a digital video-centric news platform in 2016. The network provides news, entertainment, and lifestyle content for African-Americans. In March 2018, Allen bought The Weather Channel for approximately $300 million.

The 58-year-old businessman is happily married to Jennifer Lucas. Allen and Lucas tied the knot on 1st September 2007. The husband-and-wife are blessed with three children. They gave birth to their first child, a daughter Chloe Ava Allen on August 22, 2008. Chloe weighed 7 lbs and 14 oz. at the time of her birth. Byron was 47 years old when he became a father for the first time. 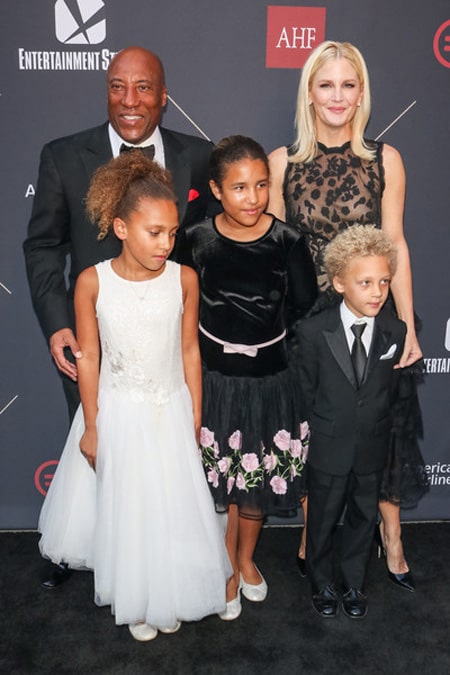 Byron Allen was born as Byron Allen Folks in Detroit, Michigan, the USA on April 22, 1961. His mother, Carolyn Folks who is also the co-founder of the Entertainment Studios. On the other side, his father's identity is yet to be revealed.

Allen shifted to LA with his mother, and soon, he developed an interest in show business. At the time, he used to accompany his mother to NBC studios in Burbank, California, where his mother worked as a publicist. Talking about his educational background, Allen graduated from Fairfax High School.