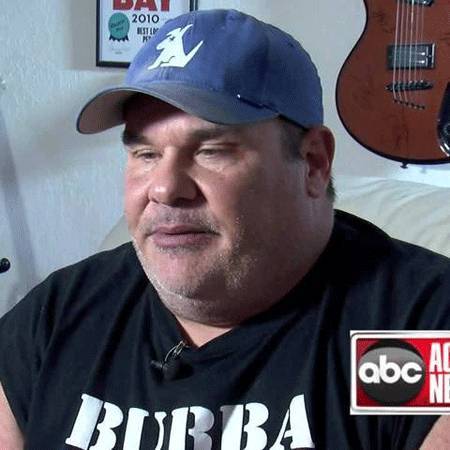 Todd Alan Clem, popularly known as Bubba the Love sponge, was born on April 23, 1966, at Warsaw, Indiana, United States. His mother was Jane Edmond while there are no details about his father. He is most popularly recognized to be the host of radio show Bubba the Love Sponge Show. Bubba has been in and out of controversies all his life so we can say that he has been a much-disputed figure who could hardly stay out of trouble because of his outrageous activities.

Bubba the Love sponge was involved in radio show hosting right from the beginning of his career during his college days. Bubba studied at Indiana State University, where he hosted the school radio station. After graduating from college, he hosted the evening show at the WGRD-FM in Michigan. He was fired from the show after he made negative influences to a 13-year-old girl who called on his show. Clem legally changed his name to "Bubba the Love Sponge" in 1999.

Todd Alan Clem already had a hit show called Bubba the Love Sponge Show when he was just 25.  In 2010, Bubba was also involved with TNA Wrestling as a backstage interviewer. He was fired from the show due to his negative comments regarding the Haiti earthquake disaster, as well as his racist remarks against one of the wrestlers.

Bubba the love sponge is reported to have married twice. While much is not known about his first marriage but his second wife was Heather Clem whom he married on January 14, 2007. He filed for divorce from her on September 15, 2011. So he didn't have much of a happy married life. Bubba the Love sponge has been in controversies many times. In early 2012, he was reported to have filmed his wife Heather Clem doing it with Hulk Hogan in his bedroom. Hogan had filed a lawsuit against Gawker media which had released the video clip in 2012.

Bubba was also sued by an adult-film actress Hope Miller accusing another adult-star Melissa Harrington of penetrating her with an oversized pleasure toy in the radio show. Bubba was charged with animal cruelty in 2001 for slaughtering a wild Florida boar. Bubba was fired from a clear channel in 2004 after Federal Communications Commission fined $755,000 against Clear channel for committing violations on the show Bubba the Love Sponge.

Standing at five feet and 10 inches, Bubba the love sponge is a man of average height. This 50-year-old celebrity has dark brown hair and fair complexion. As he has gained huge popularity in his field, he is known to have a high income. His net worth is estimated to be around $4, Million.

More information about Bubba the love sponge can be found on the internet and Wikipedia. He is also active on Facebook and Twitter.