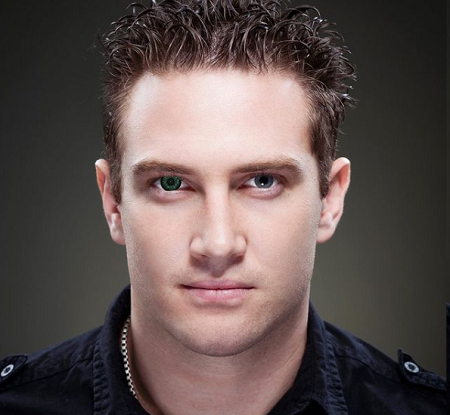 Bryce Papenbrook is a multifaceted personality who has forged a successful career in the field of acting and is also an accomplished martial artist holding a fourth-degree black belt. In addition, he is a voice actor and has rendered the voice for many anime roles, particularly, his work in the TV series brought him both name and fame. Further, Bryce gained massive popularity following his portrayals in TV series and movies like Sword Art Online, The Seven Deadly Sins, JoJo's Bizarre Adventure, and more. Besides, he has also voiced in movies and Video games.

Bryce Papenbrook was born on  February 24, 1986, in West Hills, California, United States. He is the son of Debbie Rothstein and Bob Papernbrook. Both of his parents are voice actors. He spent most of his early days in West Hills along with his family.

Following his schooling, Bryce went on to enroll at the University of California, Los Angeles, and earned his Bachelor's in Political Science. He belongs to American nationality and regarding his ethnicity, he is White.

Papenbrook is one of the most popular voice actors who has provided a voice in countless TV series. He mostly has done voice work for many anime roles. He started his career portraying the young Vash the Stampede in the TV series Trigun, in 2000. From 2012-13, he also performed in Blue Exorcist.

The Trigun star gained popularity after he started working in the Sword Art Online series in 2013. He is still a crucial part of the series playing Kirito. His other successful projects include Attack on Titan, Blue Exorcist, Durarara!!, The Seven Deadly Sins, and Ajin: Demi-Human as well.

In addition to his portrayal in TV series, the Sword Art Online star also voiced in movies and video games. In 2020 and 2021, he gave voice to video games like One Punch Man: A Hero Nobody Knows and Ys IX: Monstrum Nox respectively.

The 35 years old is also an accomplished martial artist. He spent over one and a half decades of training in martial arts and holds a fourth-degree black belt. Under his original instructor Steve Clark, he kick-started training in the Chuck Norris System of Tang Soo Do. He also became a 3-time kickboxing champion.

Following his retirement, Papenbrook joined the House of Champions Academy of Martial Arts as a kickboxing instructor in Van Nuys, California.

Bryce Papenbrook's net worth according to some authorized sources can be believed to be over $1.5 million, as of 2021. He has voiced in a number of projects especially his performance in the TV series plays a vital role to boost up his net worth.

It has been reported that the voice actor is paid over $91 K a year.

Who Is His Wife? Find Detail Regarding His Personal Life

Papenbrook, 35, is married to Samantha Papenbrook. The couple shared the wedding vows in a very private ceremony.

The couple is also blessed with a daughter named Ella, who was born in the year 2015, and a son named Griffin Papenbrook born on January 19, 2019. He and his wife Samantha have been sharing a loving marital relationship together and the family of four currently resides in Los Angeles, California, United States.

Some of the reliable sources have claimed that he is also the father of kids named Jim Butterworth, Micro Papenbrook, Mini Papenbrook. Hover the detail on them is yet to be provided.