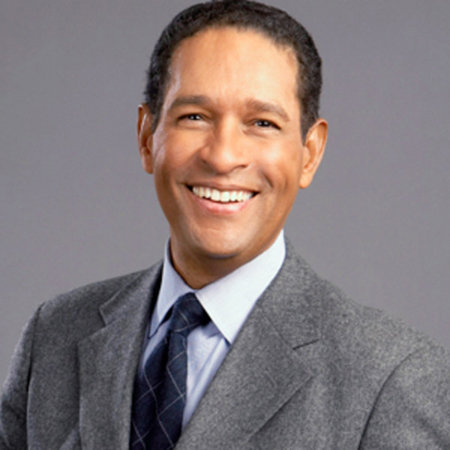 Regarding his personal life, Gumble is married twice. He shares two children with his first wife.

Bryant Gumbel was born Bryant Charles Gumbel in the year 1948 on 29th of September in a place called New Orleans which lies in Louisiana of United States of America under the birth sign Libra. He belongs to the Louisiana Creole descent and as far as his nationality, he is American.

Gumbel is the son of Rhea Alice, a city clerk and Richard Dunbar Gumbel, a judge. Both of his parents are of Louisiana Creole descent. His parents raised him with his siblings, two sisters Rhonda Gumbel-Thomas, Renee Gumbel-Farrahi, and a brother Greg Gumbel.

Regarding his academics, Gumbel went to the De La Salle Institute for his graduation. In the year 1970, he went to a very popular college called Bates College for his education and degree. He started pursuing his dreams of becoming a world-cla s s journalist from a channel called KNBC-TV in the year 1972 and since then there has been no turning back for him.

Bryant Gumble got fame and popularity from a very popular TV show called The Today Show. The show was broadcasted in a huge channel called NBC and this show made him world famous. He has hosted very famous games shows or TV shows such as National Football League broadcast in NBC Sports, PGA Tour in NBC Sports and more. Another huge show to his name is The Early Show which he hosted for another mighty channel called CBS.

Since 1995, Gumble hosted the HBO's series, Real Sports with Bryant Gumble. His work helped him to win a Peabody Award. Moreover, he also won several other awards like NAACP Image Awards, Emmy Awards, and National Association of Black Journalist.

At this age, he has already been a legendary sportscaster and a great TV journalist.  He always carries a smile in his face and that makes him a gentleman. He is very humble when talked too and always talks with some facts into it. He has been an inspiration to many people and has been contributing to the field of journalism.

Bryant Gumble is living a financially sound life and it is all because of his hard work and dedication. He has been earning good money because of his work and has his net worth in millions of dollars. He has a whopping and jaw-dropping net worth of $ 25 million as per Celebrity Net Worth and The Richest. Moreover, Gumble earns a salary of $6 million from his journalism career.

Bryant Gumble is married twice. Gumble was married to June Baranco in the year 1973 but their relationship could not last a lifetime. The ex-husband and wife couple shares two children a daughter and a son. Their first child, Jillian Beth Gumble was born in 1984 whereas their second child, Bradley Christopher Gumbel was born in 1987. The couple started to have some serious problems in their relationship and this lead to a divorce in the year 2001.

After their separation,  they both moved on with their lives. He then married Hilary Quinlan in the year 2002 and till now their relationship has been going very strong. The pair is together for years without any divorce rumor.