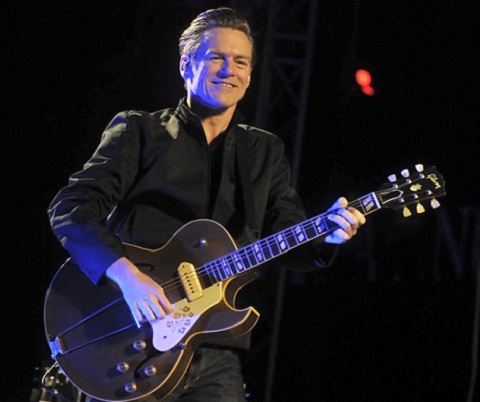 Born and raised in Ontario, Canada, Brian Guy Adams is a Canadian singer, record producer, songwriter, guitarist, philanthropist, and photographer. He is widely known for his evergreen songs Summer of 69, Everything I Do It For You.

Adams has achieved many awards and nominations including 20 Juno Awards out of 56 nominations, and fifteen of them were Grammy Award nominations.

Bryan Adams was born on 5th November 1959 in Kingston, Ontario, Canada. He was born to his American parents Captain Conrad J. Adams, and Elizabeth Jane, who moved to Canada in 1950.  He is of White ethnicity and holds Canadian nationality.

His father worked as a Sandhurst Officer in the British Army, joined the Canadian Army, later served for United Nations peacekeeping observer for Canada. Adams traveled to various places with his parents including Portugal, Vienna, Austria, and Israel.

He attended Colonel By Secondary School in the Beacon Hill neighborhood of East Ottawa. 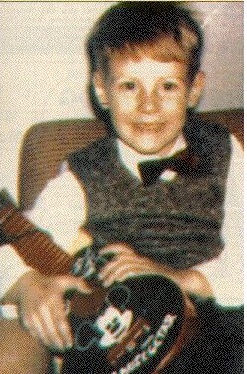 Bryan Adams began working in the Vancouver studio scene, as a background vocalist for the CBC and as a backup for local artists. He also worked with Robbie King, Motown keyboardist, who according to Adams got him his first paid gig.

In 1976 he came out as the lead vocalist for the band Sweeney Todd. The band released their album If Wishes Were Horses in 1977 and re-recorded the song Roxy Roller which was their hit song before Adams joined the band. With Adam's vocal the song listed #99 on the US charts. A year later he left the group.

Following the separation from Sweeney Todd, Adams was often seen in nightclubs hanging out with cover bands. He met guitarist Keith Scott during those club times, and they still perform together.

In 1978, the young singer signed to A&M records for $1. His few self-written demos recorded emerged over the few years, distinctly I'm Ready, and Remember recorded for his solo debut album.

After gaining success from his second album You Want It You Got It, Adams released another album Reckless, produced by him and Bob Clearmountain. The album ranked #1 on the Billboard 200. It featured hit tracks including Summer of 69, Heaven, Somebody, and Run To You.

In 1984, Bryan Adams rolled on a two-year world tour to launch the album starting in the United States and Canada, then Japan, Australia, UK, and back to Canada.

On 24 September 1991, Adams released another hit album Waking Up The Neighbours before his quite successful album Into the Fire. Waking Up the Neighbours was co-produced by Mult Lange and Adams.

The album also topped the charts worldwide including no.1 in both Germany and the UK. The album featured four songs including Everything I Do I Do It For You which ranked number 1 on the UK Singles Chart.

In 1996, Adams' another hit album 18 til I Die was released. It featured three single hits, two of them became UK Top 10 singles, Let's Make a Night to Remember, The Only Thing That Looks Good on Me and Have You Ever Really Loved a Woman?.

In 1990, Adams credited his voice as the evil rat henchman Hoodwink in an animated television special for children titled The Real Story of the Three Little Kittens. It was first aired via CTV Network in Canada and later on HBO in the USA.

In early 2000, Bryan Adams sang and co-wrote the song, Don't Give Up, from Chicane's album Behind the Sun. The song peaked #1 on the UK chart.

On 17 March, he released his seventh album named 11. It also charted #1 in Canada, #2 in Germany, and #80 in the United States. Adams also made a promotional tour, 11-day, 11-countries European acoustic tour for the release of the album.

Bryan Adams is one of the many popular Canadian musicians to visit Canadian Prime Minister Stephen Harper. The purpose of the visit was Adams' request to the Prime Minister to change the archaic copyright laws.

In 2011, Feb 19, Bryan Adams along with his band played in Kathmandu, Nepal. The program was organized by ODC Network which made him the first international artist to perform in Nepal.

The following year, Adams voiced the lead character of a dog called Jock, in Jock of the Bushveld, an animated South African film. He also sang and co-wrote two main songs By our Side and Way Oh.

On 16 October 2015, Adams also released his first album of new material in 7 years. The album Getting Up was made in collaboration with Jim Vallance.

Bryan Adams earns a huge amount of money as singer, songwriter, philanthropist, guitarist, record producer, photographer, and activist. As of 2018, Adams total net worth is estimated to be $65 million.

He also owns a home in the West Indies. The house has an amazing outdoor view of the ocean and is on rent for $30,000 per week. He also owns a luxury mansion in Paris. 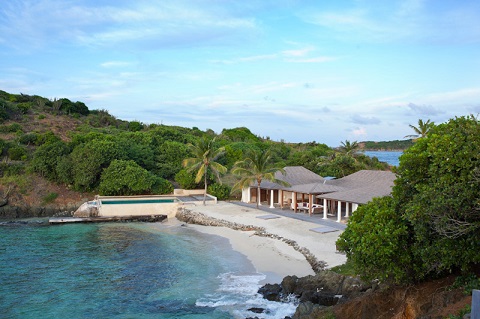 His earnings and expenses breakdown throughout years,

In 1990, Bryan Adams was in a relationship with Cecilie Thomsen, a Danish model. However, the couple broke up after a short time.

Later in 2009, he began dating Alicia Grimaldi, co-founder of his namesake foundation and a trustee. They welcomed their first baby a daughter Mirabella Bunny Adams on 22 April 2011, and second baby Lula Rosylea Adams on 14 Feb 2013. 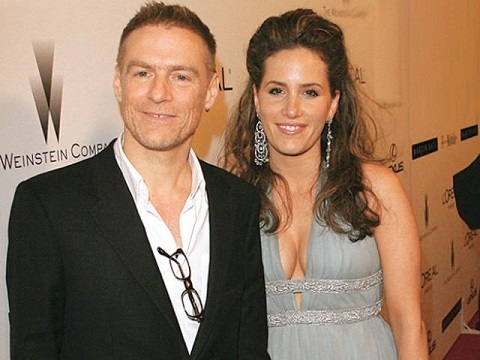 The singing legend has been a vegetarian for more than 29 years. He left eating dairy and meat since 1989.