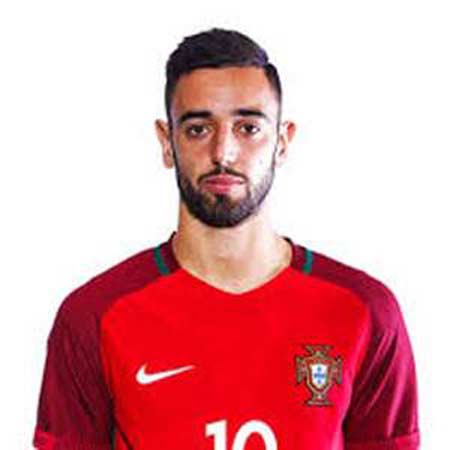 Bruno Fernandes is a Portuguese footballer who has established himself as one of the quick and creative playmakers for his great vision and long-range effort. The footballer plays as a midfielder for Portugal national team. He also played for a number of top flighted clubs including Novara, Udinese, Sampdoria, and Sporting CP. He is included in the final 23-man list for FIFA World Cup 2018.

Bruno Fernandes was born Bruno Miguel Borges Fernandes on September 8, 1994, in Maia, Portugal to Maurílio Fernandes das Dores de Souza and Sandra Cássia Souza de Oliveira Santos. The footballer kick-started his career playing at the different levels of the local club, Boavista. In total, he made 23 appearances for the club netting 4 goals.

Fernandes subsequently played for several another renowned clubs like Udinese (2013-16) and Sampdoria (2016-17). He also played for Sporting CP joining the club for a reported fee of €8,5 million which also includes plus bonuses and a buyout clause of €100 million, on  27 June 2017.

On 12 September, the player made his UEFA Champions League debut and finished his first season scoring 16 goals.

After becoming a part of several youth levels, Burno Fernandes earned his first cap for Portugal national team in the 2018 FIFA World Cup qualification match against Faroe Islands and Hungary but did not make his appearance on either match, however.

Fernandes made his full international debut playing in a friendly match against Saudi Arabia. The player has already secured his spot in the 23 man squad for 2018 FIFA World Cup and played his first world cup match against rival Spain which ended in a  3–3 group stage draw, on 15 June 2018.

Bruno Fernandes' Net Worth And Salary

From his flourishing career, Burno Fernandes has collected a large amount of money which as per according to some online sources is believed to be more than $1 million. He endorses Nike.

Bruno Fernandes is a married man who tied the knot to his girlfriend, Ana Pinho on 23rd December 2015. The couple has a child, a daughter named Matilde Fernandes, born on 31st January 2017.

Besides, Fernandes is also a dog person who owns a dog.