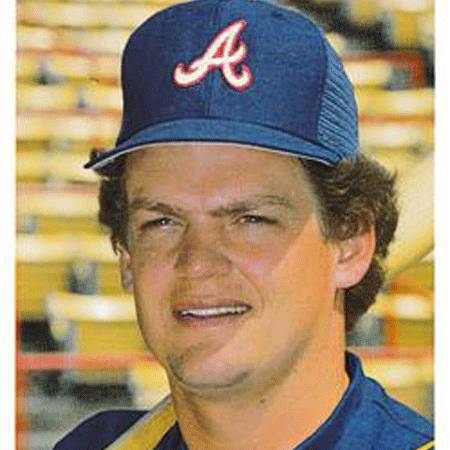 Bruce Edwin Benedict was born on August 18, 1955 in Birmingham, Alabama where he spent most of his childhood playing baseball.

Benedict went on to attended college at the University of Nebraska where he played for the varsity team. He later went to Omaha and was drafted in the 5th round of the 1976 Major League Baseball Draft by the Atlanta Braves. Benedict made his major league debut on August 18, 1978, which was his 23rd birthday. Benedict started performing really well on the field. Benedict then, over the time, led National League catchers in 1981 with 73 assists and 48 bases. Benedict also went on to lead the National League catchers in 1982, with a .993 fielding percentage and the Atlanta Braves won the National League Western Division title which was a huge achievement. Benedict came into the limelight with the regular season game when he fascinatingly set an MLB record by throwing out 3 base runners in a single inning.

In the only post-season appearance of Benedict’s career, the Atlanta Braves lost in the 1982 National League Championship Series to the St. Louis Cardinals. Throughout his twelve-year major league career, Benedict is recorded to have played in 982 games, accumulated 696 hits in 2,878 at bats for a .242 career batting average along with 18 home runs and not to forget , 260 runs batted in. Benedict is most appreciated and recognized for being a light-hitting player, having good defensive abilities and mostly for concluding his career with a .990 fielding percentage. Benedict also serves as a college basketball official in the NCAA's Division I. Benedict has served several positions in the New York Mets organization as well after being retired from the field. He also managed the Mets minor-league system,  and later became an advance scout for the ML team. Later in 2006, Bruce resigned his position. He then scouted for the St. Louis Cardinals.

Not much of Bruce’s personal life is known to the media because he is focused mostly on his career. However it is known that Bruce’s son, Griffin who played college baseball at Georgia Southern University, was drafted in the 2009 baseball draft and began playing in the minor leagues for the San Diego Padres. Later, Griffin became a bullpen catcher for the major league team in 2011.

Benedict is currently 59 years old and has been noted as a two time All-Star, and also an excellent defensive catcher in Atlanta Braves. He is a member of Brave’s 1982 NL Western Division Championship team. Benedict is dubbed as ‘Eggs’, referring to Eggs Benedict. He was noted to have excellent defensive skills which later earned him a spot on the 1981 National League All-Star team as a reserve. Benedict is currently a scout for the Chicago White Sox based in Atlanta and also operates the Bruce Benedict Baseball Academy.