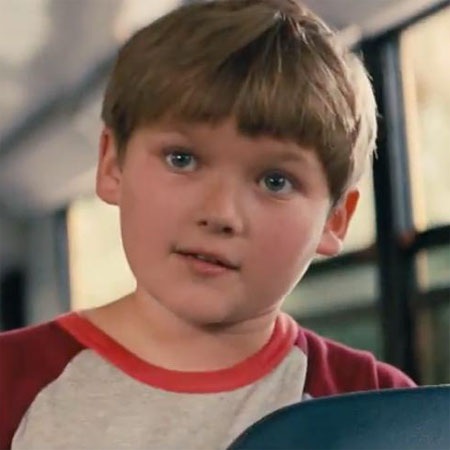 Brody Rose is a young actor who has achieved much success within a short span of time. He started his professional career appearing in the TV film Christmas on the Bayou. He is also notable for his work in Gifted and The SpongeBob Movie: Sponge Out of Water.

Rose's other work includes Prisoners, That Jew Died for You, Thunder Broke the Heavens. He is the son of actor, producer, and director, Jeff Rose.

Brody Rose was born in Georgia, United States of America. Regarding his nationality, he is American and ethnicity wise, he is White American.

Rose was raised in his hometown Georgia along with his sister Kayla Belle Rose. He is the son of Tara Rose and actor, producer, and director Jeff Rose.

Rose is active in the Hollywood industry since 2013 and has appeared in several successful movies. Rose made his professional acting debut playing the role of Zack in the TV film Christmas on the Bayou, in 2013.

The same year, Brody Rose portrayed the character Bill Brewer in thriller movie Prisoners appearing alongside Hugh Jackman, Jake Gyllenhaal, Viola Davis, Maria Bello, and Terrence Howard. After few years, Rose featured in The SpongeBob Movie: Sponge Out of Water. In 2016, he was cast in Nigel & Oscar vs. The Sasquatch.

The following year, Rose went on to appear in a 2017 American drama film Gifted alongside Chris Evans, Mckenna Grace, Lindsay Duncan, Jenny Slate, and Octavia Spencer. The movie became commercially successful grossing $24.8 million in the USA and Canada and $17.8 million in other territories for a total box office collection of $42.6 million.

Rose is one of the rising stars in the Hollywood industry. He has earned a fortune at a young age that many struggle their whole life to achieve. Here is the collection of his successful movies.

Brody Rose is not married yet and neither dating anyone officially at present. He is currently studying and focused towards his career. He is also spending joyful time with his sister and parents.

His parents Tara and Jeff got married on June 24, 2000. They are living in a brand new home just north of Marietta in Acworth, Georgia along with their two children.