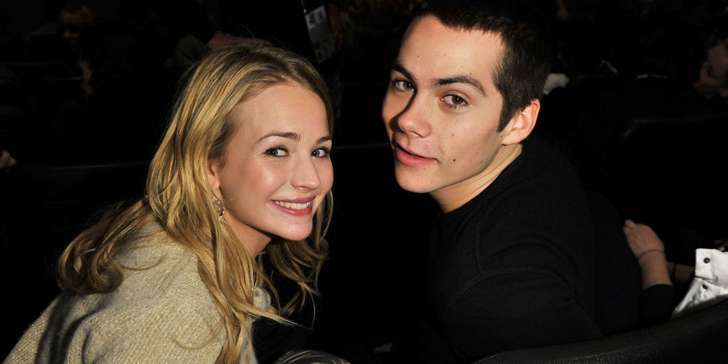 Dylan O'Brien is an actor and musician. He plays "Stiles" Stilinski in the MTV series Teen Wolf. Writtany Leanna Robertson is an actress. She made her film debut in The Ghost Club and she was nominated for a Young Artist Award. Dylan O'Brien & Britt Robertson are both American actors and are dating each other and these are not just rumors but a true story. The story of how they met is quite unusual but beautiful and everyone in love sure do envy the duo. Their Love Of Acting brought them together and got fuel to their story to finally start. If you're a fan of Teen Wolf and The Secret Circle, then you're probably a fan of Britt Robertson and Dylan O'Brien's relationship.

These two major stars of both the small and big screen are a real-life couple. Not only are they making everyone jealous with their cuteness but Robertson and O'Brien are given the names of relationship goals. If you had no idea of how they met then here is the whole story of the cute couple and their interesting love story. The story started back in 2012, when Robertson and O'Brien starred together in The First Time, a romantic comedy about two high schools that fall in love over one weekend. While just pretending to be in love on-screen, the two actually fell for one another while filming and after keeping their affair a secret first, they have been inseparable since.

After all, it's been three years since their first meeting and the two are over the moon for one another. The couple have so many photos together on their social media sites that there's no doubt in saying that Robertson and O'Brien are the most talked about cute couple. They prove that anyone can fall in love while working together. Plus, it also goes to show you that, as many celebrity couples before them, there are a good chance a love connection might happen when starring in a movie or TV show together.